Aoshima, island of the gods

My first impression of Miyazaki was the food... My plane was delayed, so it was too dark to make out anything more than the vague outlines of sea and mountains. I dashed straight to my “Welcome to Kyushu” banquet: sashimi, hotpot, prize-winning Miyazaki beef grilled specially for me, and the star of the show, “Ise-ebi”, or spiny lobster. 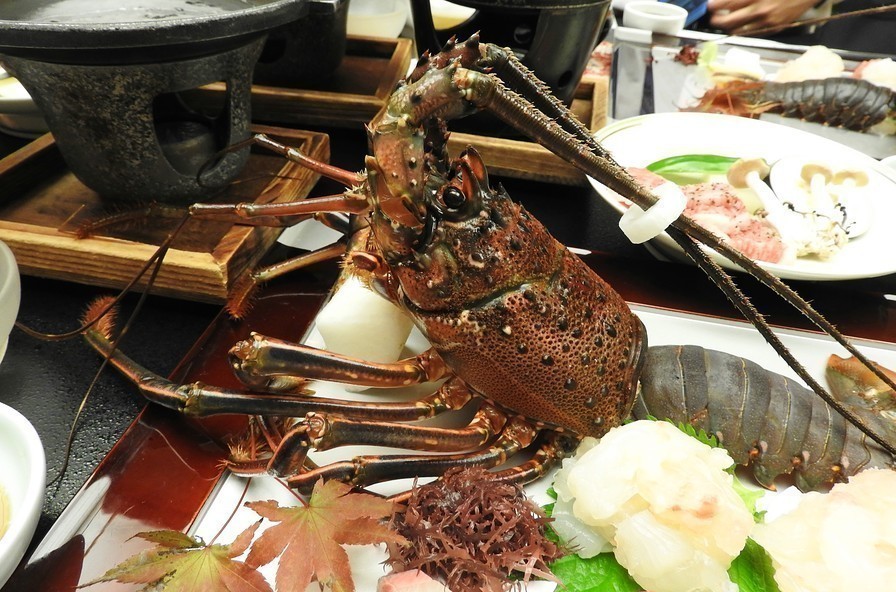 Spiny lobster is caught in Aoshima. It’s served as sashimi... 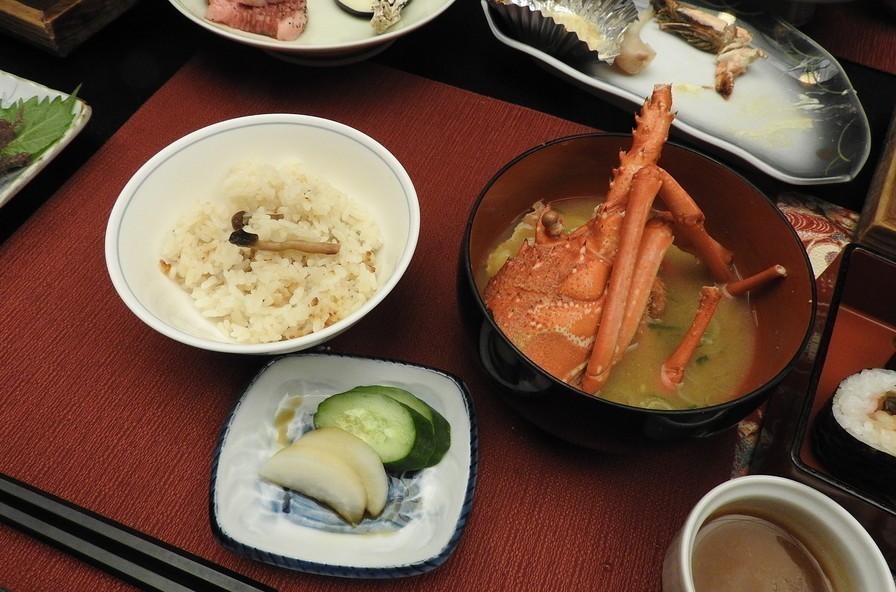 And then the head is used to flavour miso soup. Delicious!

When I opened my curtains this morning, this is what I saw! 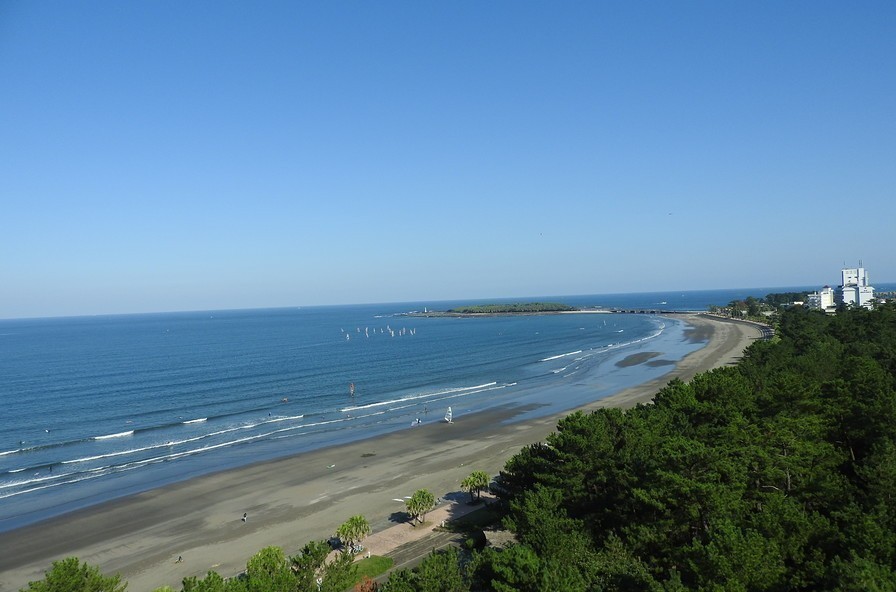 The island in the distance is Aoshima, today’s Hidden Beauty

Miyazaki is a year-round beach and water sports destination. My hotel, the ANA Holiday Inn Resort Miyazaki, has a holiday feel to it. 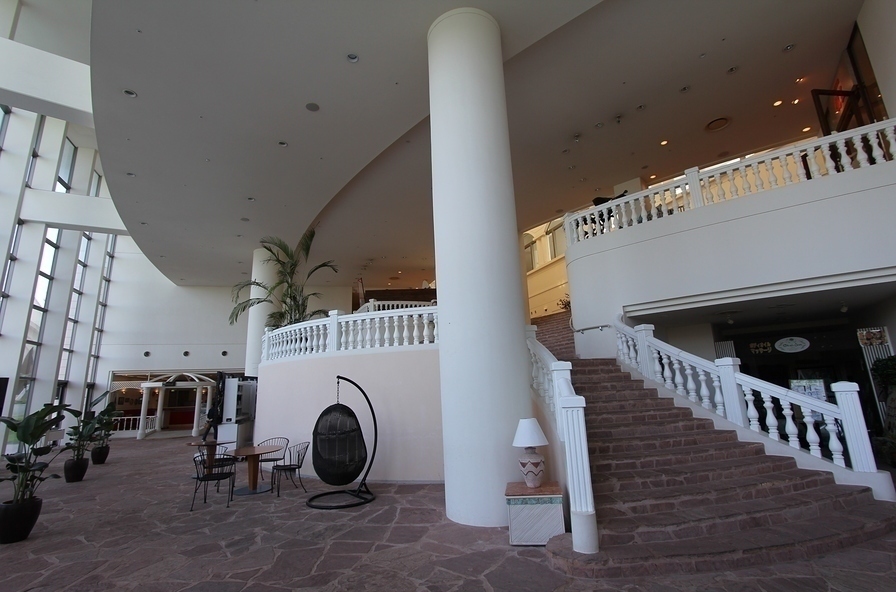 I can imagine relaxing here all day... 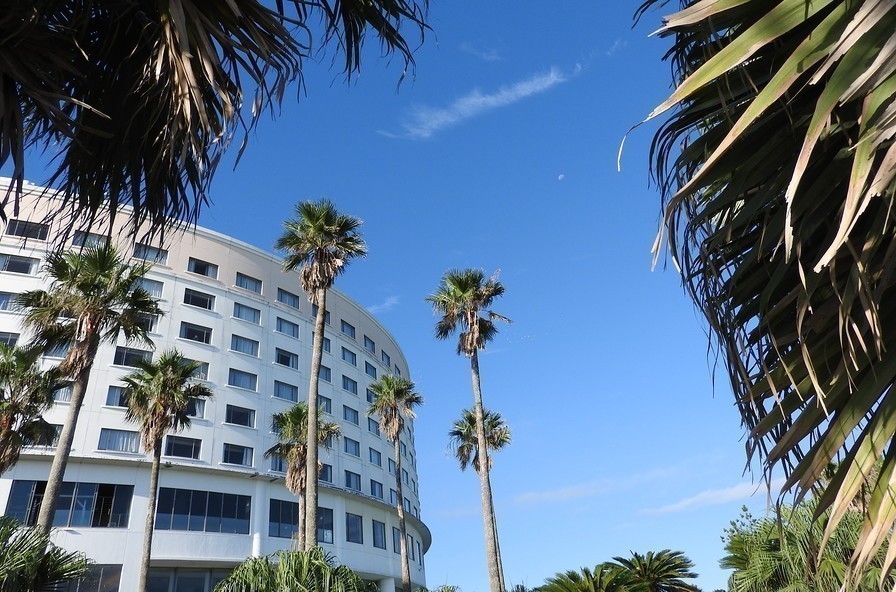 But that’s not the We Love Japan Tour style, nor mine! Off for my next adventure...

Besides sun, sea, and sand, there is another, more mysterious side to Miyazaki: it is the birthplace of many of Japan’s ancient gods. Together with a knowledgeable local guide, I set off to explore Aoshima and learn more. 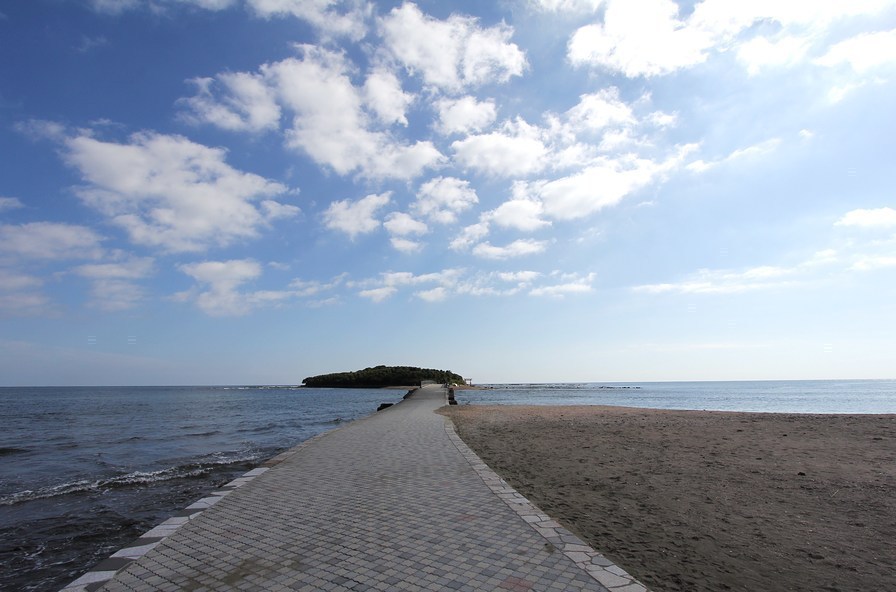 There was no bridge to the island until a few centuries ago, and ordinary people were only allowed to visit during two weeks each year. Luckily, it’s now open every day.

Before we went in through the torii gate, my guide helped me to hunt for shells, particularly cowries. He told me I would need them later... 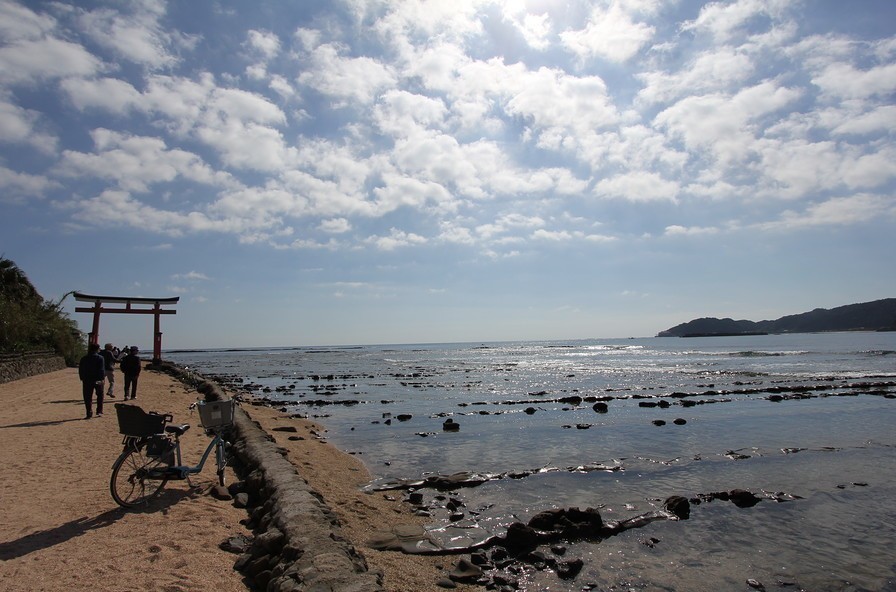 First, we visited a museum full of dioramas, where the guide explained the legends recorded in the Kojiki, Japan’s oldest chronicle, and their relation to Aoshima. The shrine is dedicated to Yamasachi (the grandson of Amaterasu, the sun goddess) and his wife Princess Toyotama (the daughter of the sea god). They met while Yamasachi was under the sea searching for his brother’s fishing hook, which he had carelessly lost... 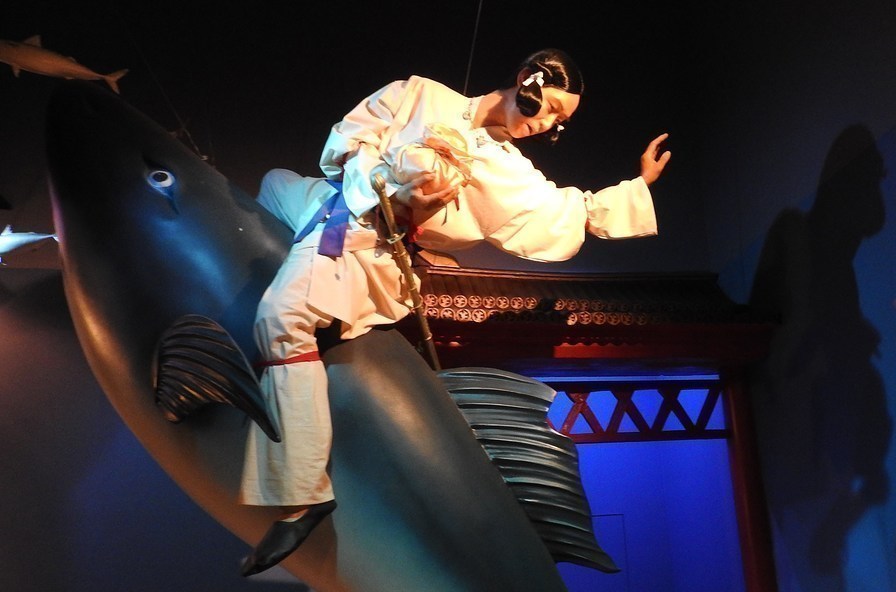 Yamasachi bids farewell to his wife and rides off on a shark to return the fishing hook to his brother. Aoshima is where tradition says that he landed.

We went through the main courtyard... 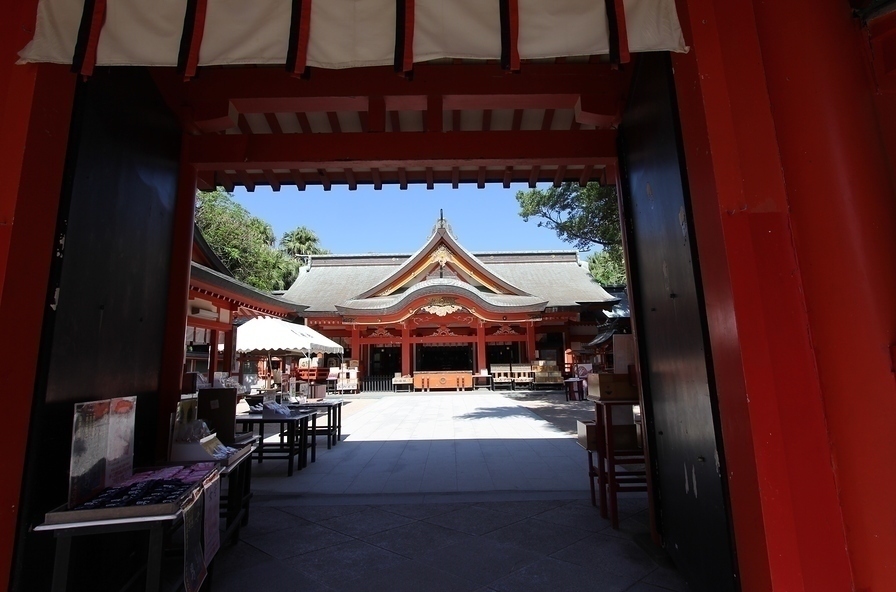 The building is a mixture of Japanese and Chinese architectural styles 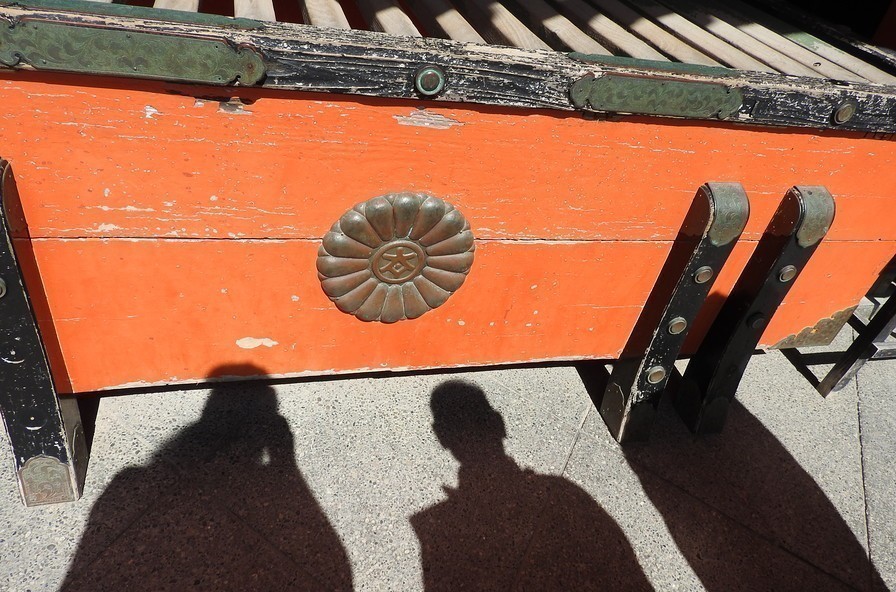 ... To the most sacred place on the island, reached by a path between venerable palm trees. It is said to be the site of Yamasachi’s palace after he returned to land. 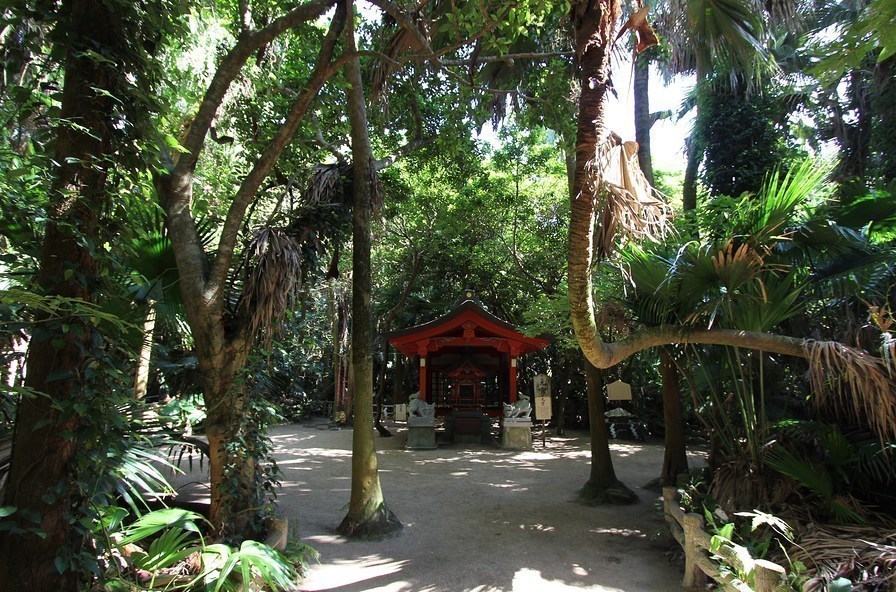 I feel like Indiana Jones discovering lost treasures in a jungle... 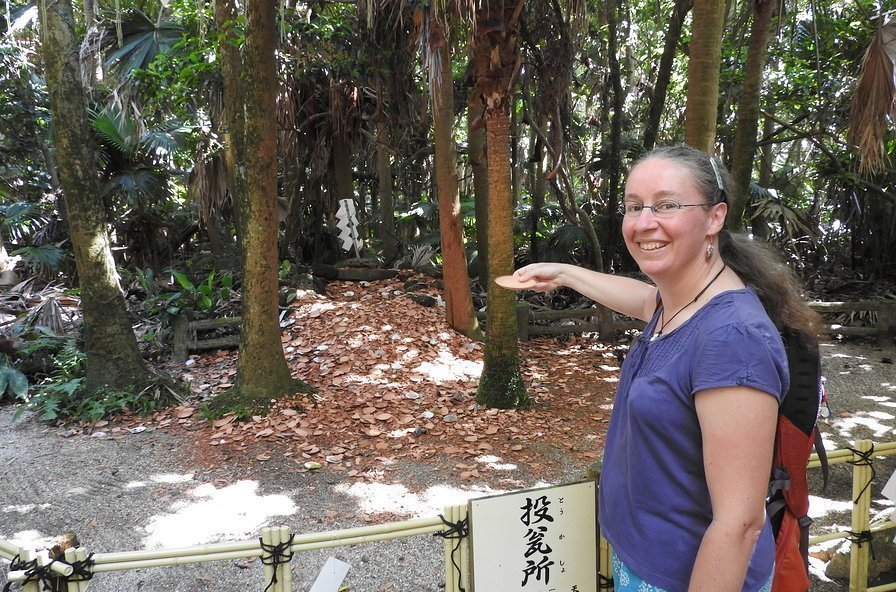 A fortune-telling game: if your clay disk lands the right way up, without breaking, your wish will be granted! 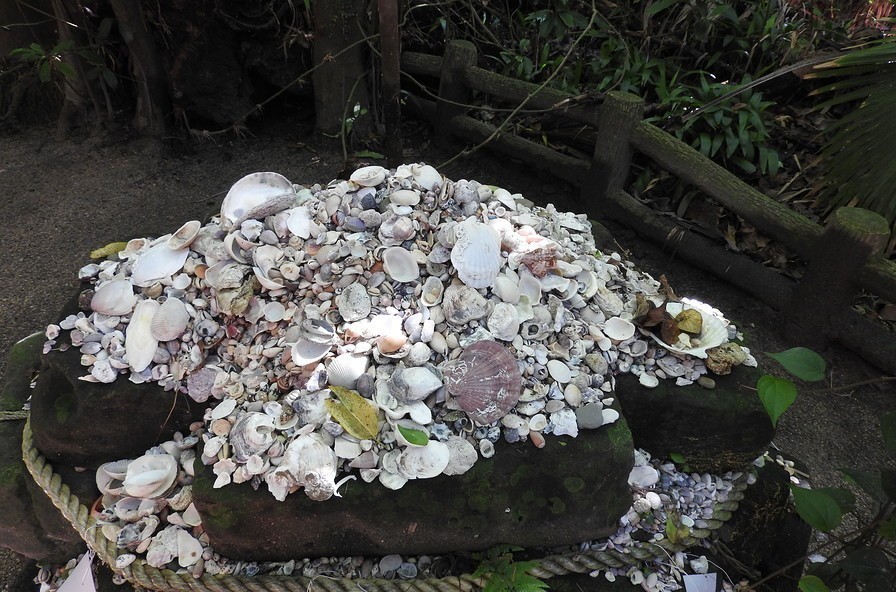 This was why we needed the cowry shells: as offerings

On the way out, I discovered some more of Aoshima Shrine’s interesting customs. 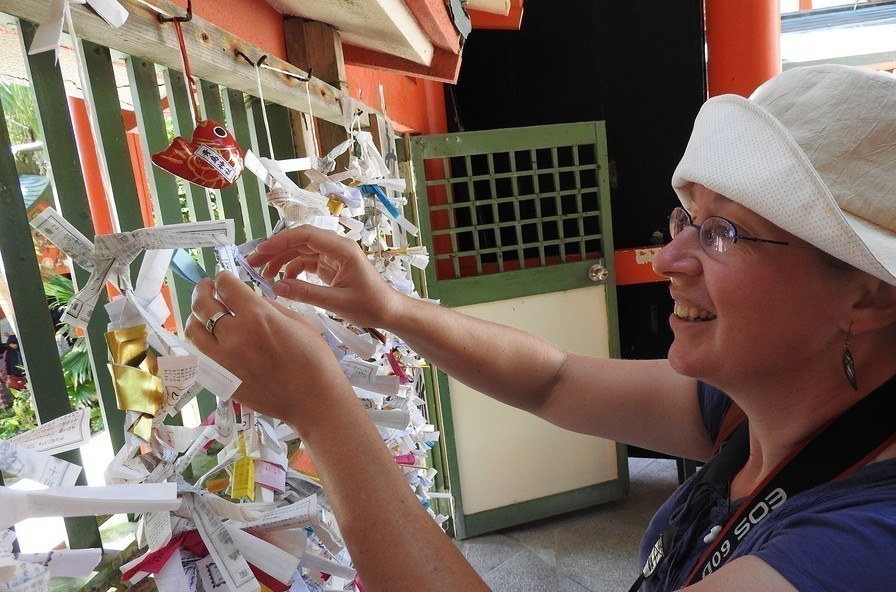 I “fished” for a sea bream containing this fortune, which I left at the shrine, but took the fish home 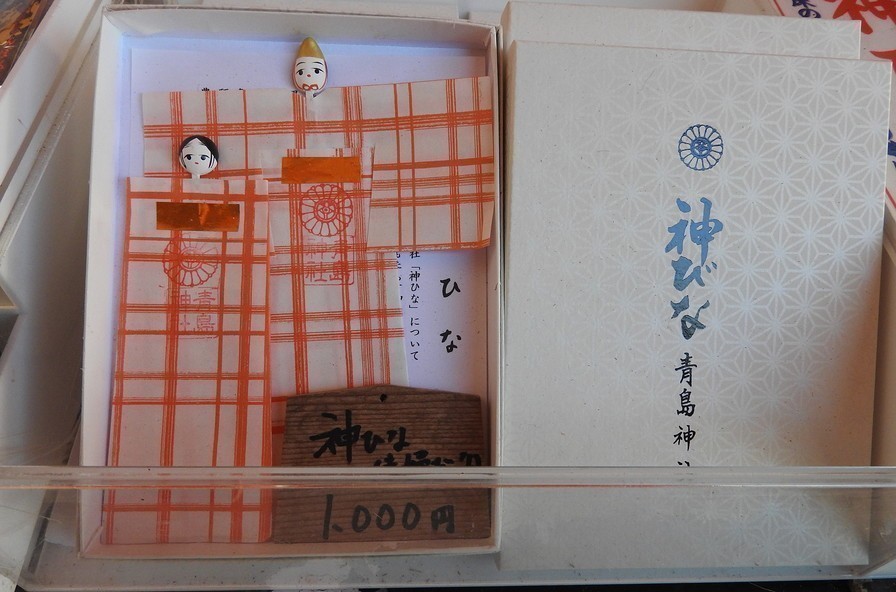 People come from across Japan to buy these paper dolls, said to take away misfortune

Outside, it was low tide, revealing another of Aoshima’s unique features: the “demon’s washboard” rocks that surround it. Their shapes are not only beautiful, they dissipate even fierce waves and protect the low-lying island. 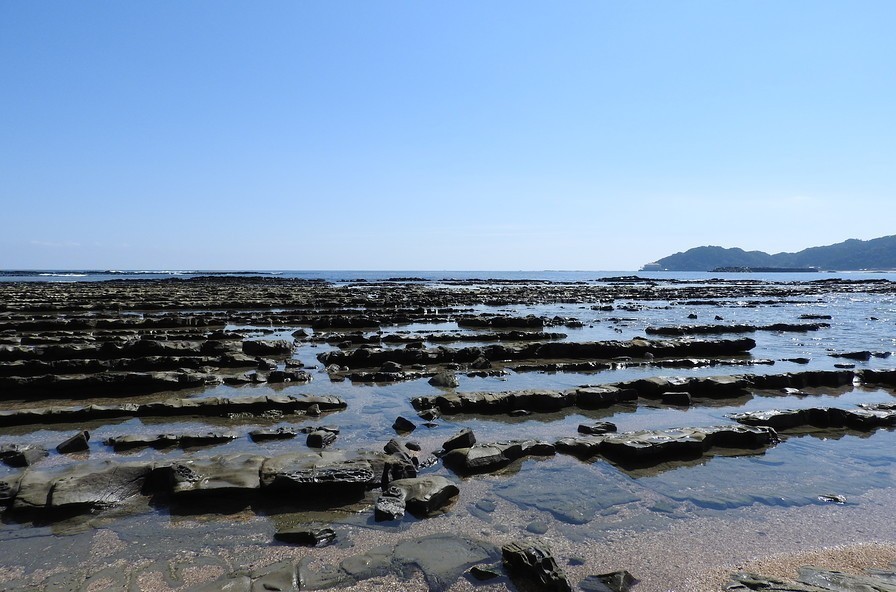 These rock strata were pushed upwards millions of years ago 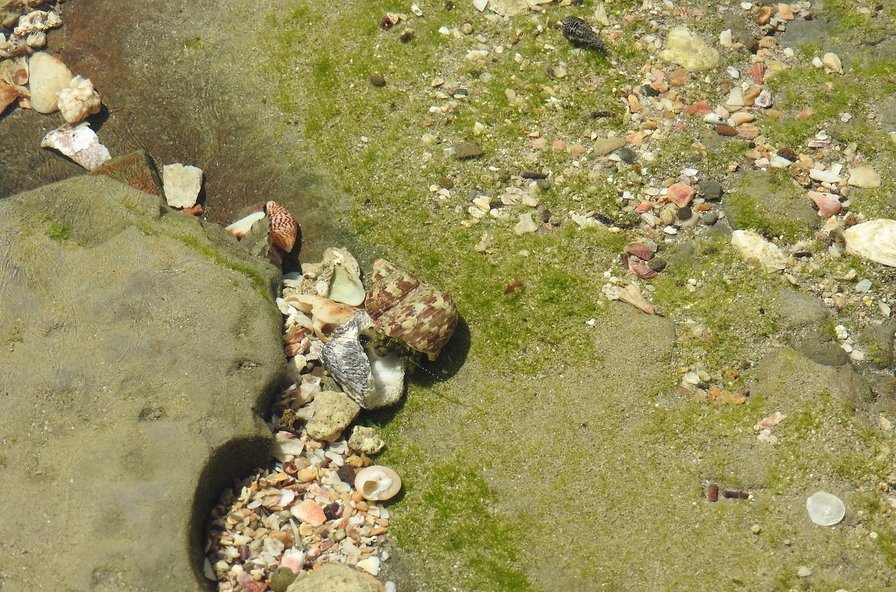 They are an important habitat for rare hermit crabs

So did Yamasachi and Princess Toyotama live happily ever after? For the sequel, I drove south for 30 minutes to Udo Shrine. 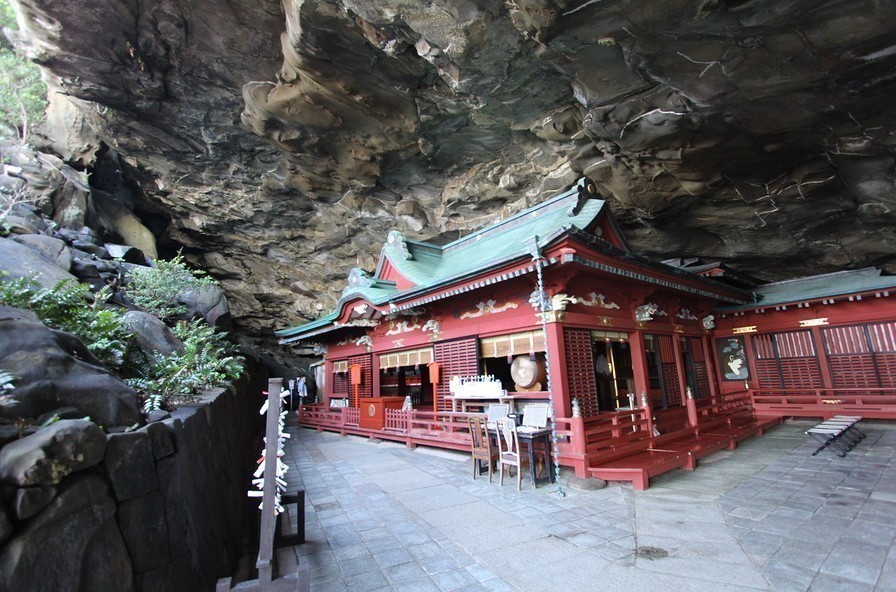 The shrine is inside a cave on the shore 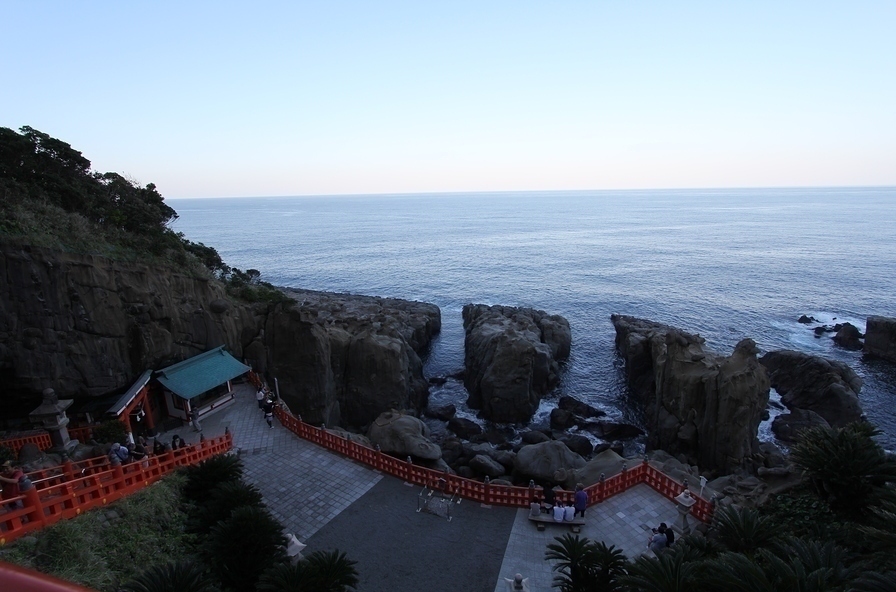 Outside the cave, people try to throw small clay balls to land within the rope circle on the “Turtle Rock” so that their wishes will be granted

Toyotama came here in search of her husband when she was about to give birth to their child, but forbade him from watching the birth. Curiosity overcame him, and he saw his wife returned to her true form, a shark. Angry and ashamed, she fled back to the sea, leaving her baby son behind. However, he grew up to become the father of the first Japanese Emperor, Jinmu. So perhaps the story turned out well in the end...