Today I was exploring Choushi in Chiba Prefecture, which is famous for four things: Soy sauce, live fish, grilled rice crackers (senbei), and a retro-looking train called the Choushi Densha. These are all connected in a surprising way!

I met with my three guides, Ito-chan, Macchan, and Kame-chan, at my hotel at 8AM sharp. Our first stop was to one of the many fishing ports in the area. Choushi handles the highest volume of fish in the region, and we visited two of its busy ports, one that handles a variety of fish, and another that deals exclusively with tuna. 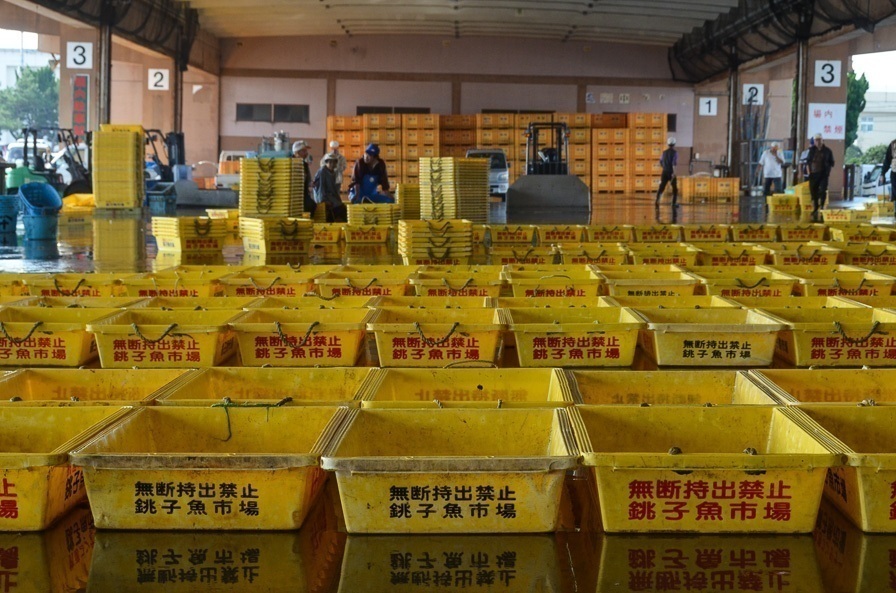 These bins are filled with fish and then bid upon

After registering in the office to allow our presence inside the port area, we were able to watch the bidding of various fish. It's very interesting! A boat's catch is loaded into one of the yellow bins, then displayed. Bidders guess the amount the catch is worth and write it on a piece of paper placed in the bin. The winner of the bin is the buyer with the highest guess. 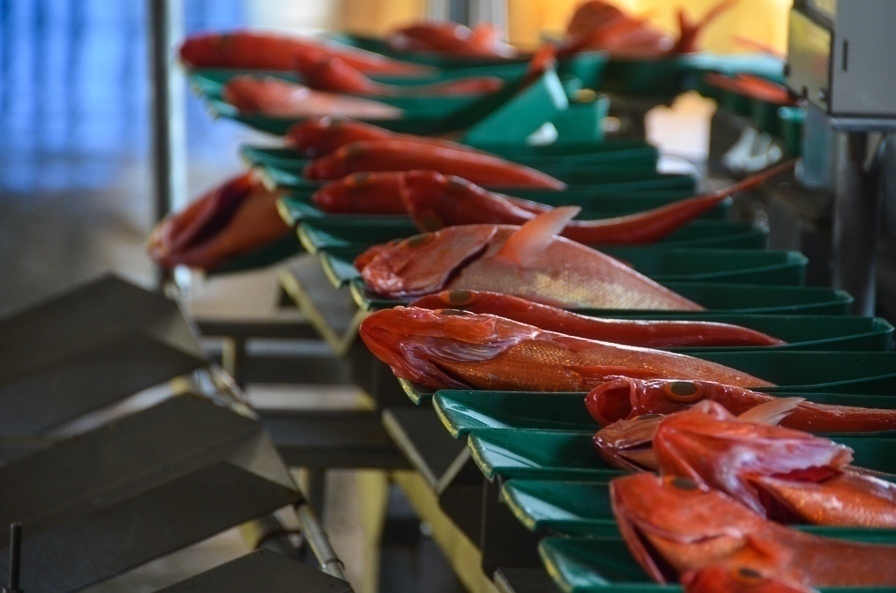 Kinmedai being sorted into bins by weight

Then it was off to the tuna auction, a new building with a second floor gallery. Most of the tuna had already been sold and moved, but we saw a few. They're big! 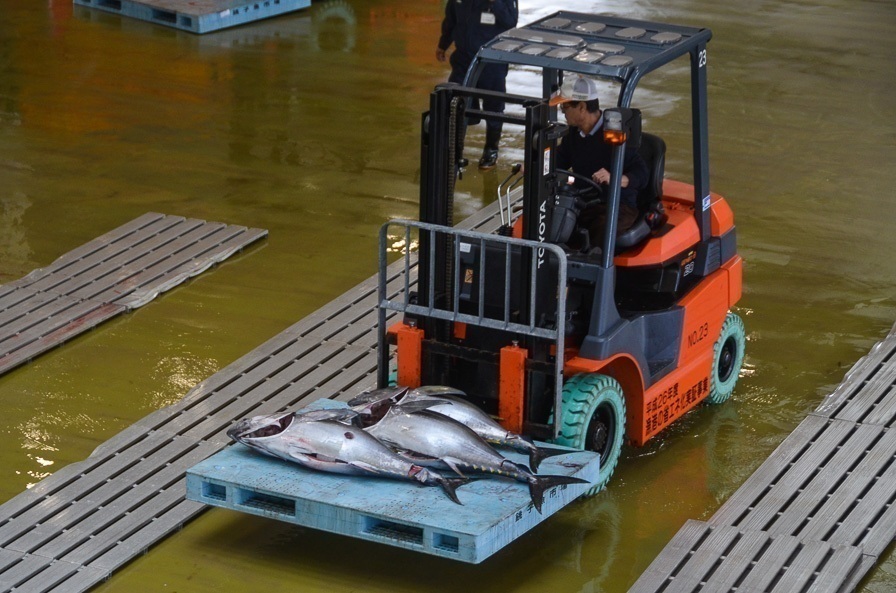 These tuna have been bid upon and won already

Then we went off to a soy sauce factory called Ogura Shoyu. The factory doesn't run on Saturdays, but Ito-chan had prepared a way I could see how it was made! 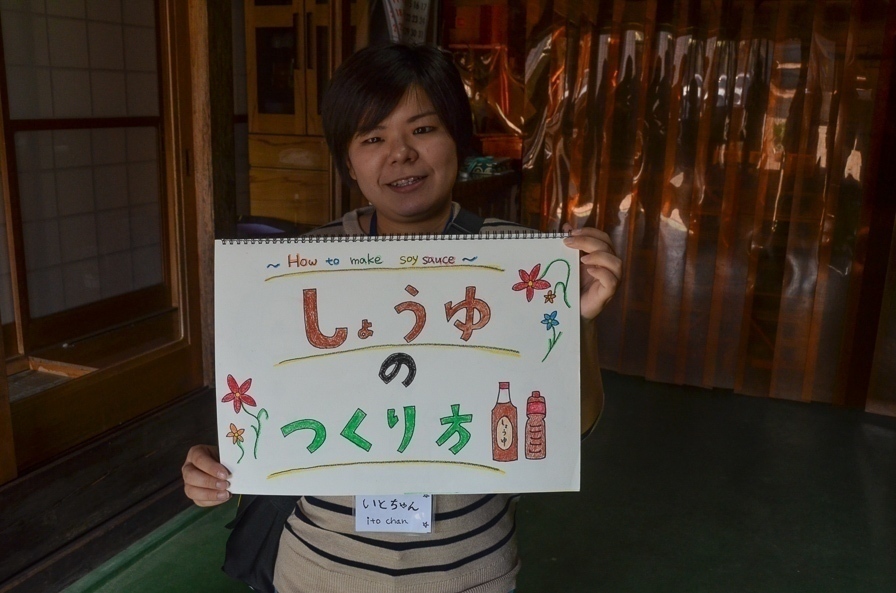 How to make shoyu

The process is a long one. Roasted wheat and steamed soy beans are mixed with spores of mold called koji, and left to sit for 3 days. Then, salt mixed with water is added to the koji, and this mix, called moromi, is left to age for 1 year. Finally, the moromi is squeezed and filtered, then heated, to produce soy sauce. It takes a long time! I got to see some of the traditional wooden tanks still used at Ogura. Most places use stainless steel now, so it is unique to continue to use wood. However, the wood adds flavor to the soy sauce. 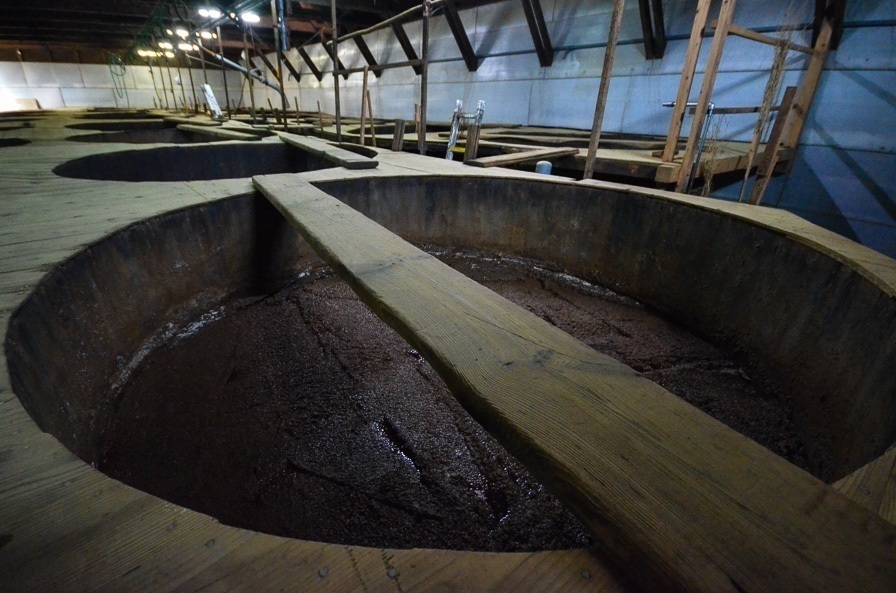 Tanks of moromi being aged 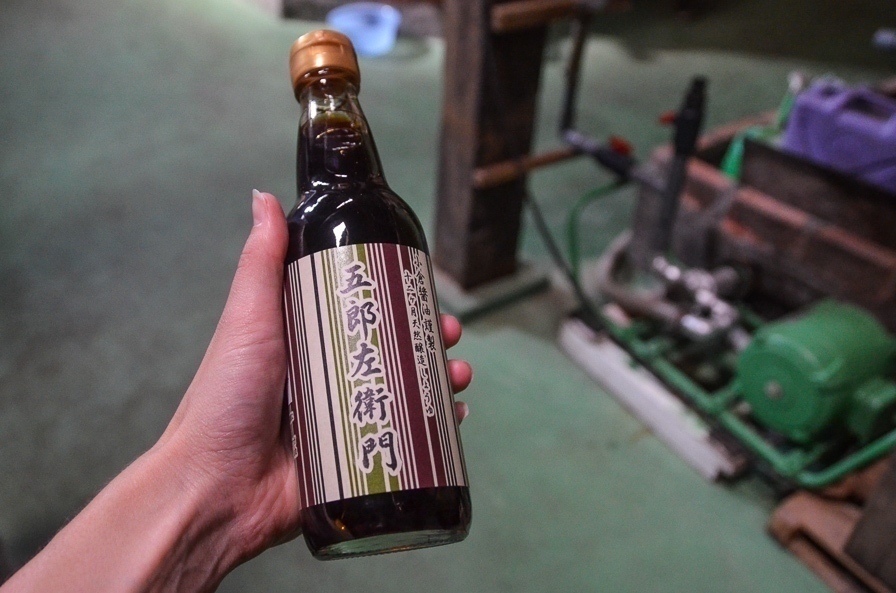 From moromi to the finished product!

My team of guides had prepared a dripping machine prepared so I could still taste some fresh soy sauce made with Ogura moromi. We brought the freshly dripped soy sauce with us to our lunch destination, Maguro Gura. This restaurant is right across the street from the tuna port we visited earlier. 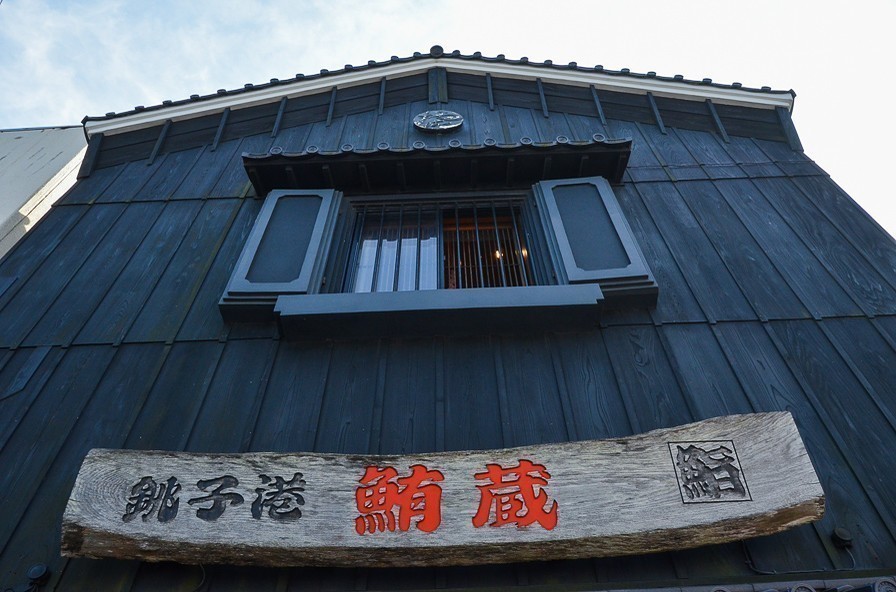 We had some delicious tuna prepared for us, and just couldn't stop eating! 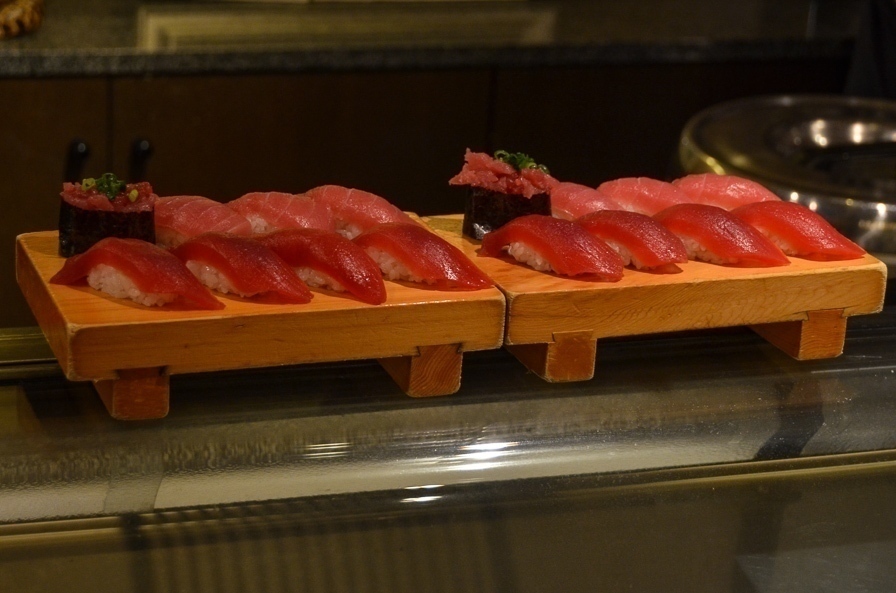 The colors are beautiful... and delicious!

So soy sauce is famous in Choushi, and is used to flavor the fresh fish brought in from the city's ports. Next up, trains!

We headed to Nakanocho Station, which is situated right inside a giant soy sauce factory! We met Mr. Oku of the Choushi Dentetsu Line at the station, who explained about this small line and the trains which run along it. 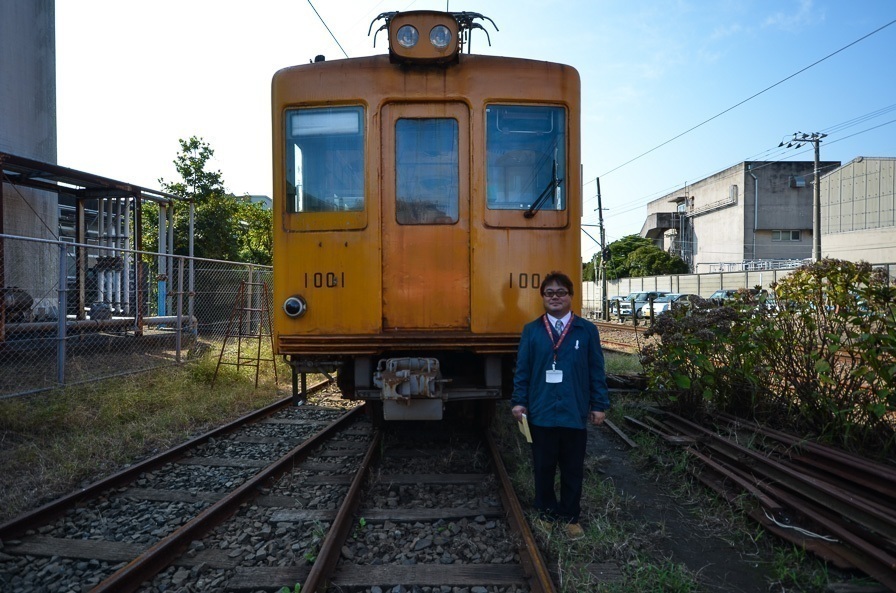 Mr. Oku with one of his rolling stock

The tickets for the line are truly unique... they are thick cardboard and are turned in after use to be used for the next passenger. 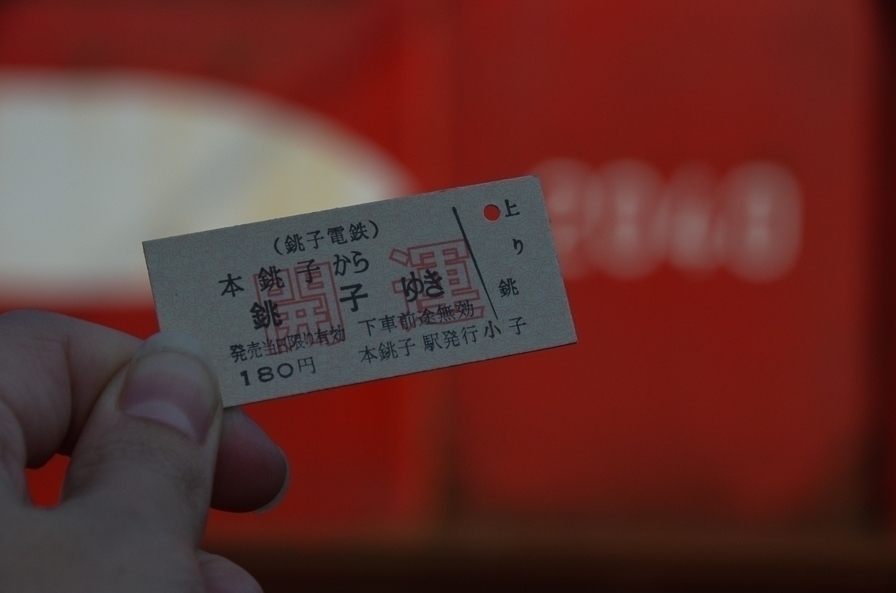 The rolling stock is bought off other lines, so each has a unique history and color! Even the newest train is very old, but that makes them really fun to ride! 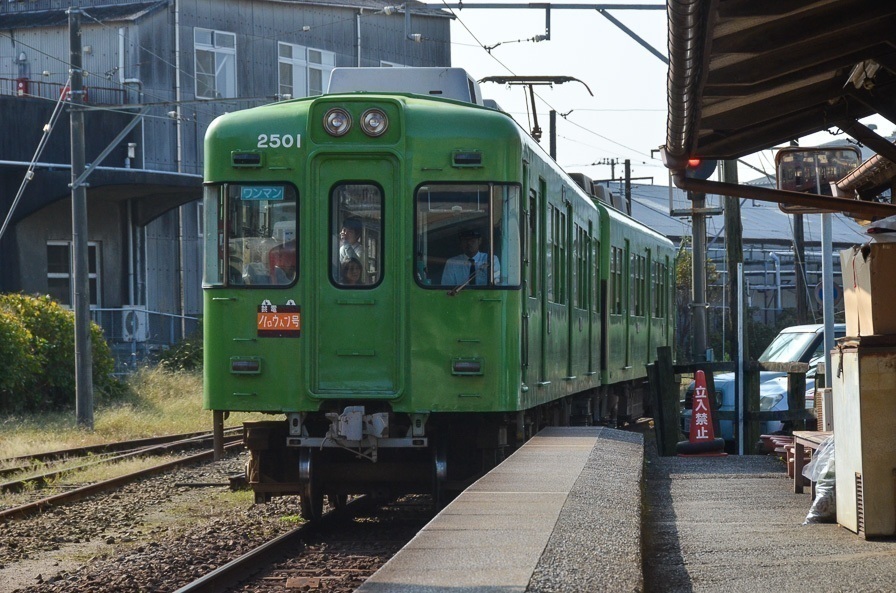 This green train has a Halloween theme inside with cute Halloween decorations!

Mr. Oku rode with us and explained that the price of all the tickets sold doesn't cover the line's expenses year to year. In an attempt to boost revenue, the stations began selling senbei, or grilled rice crackers flavored with... yup, soy sauce. These senbei have been a hit, and the line is able to continue running.

We were met at Inubo Station by Macchan, waved goodbye to Mr. Oku, then drove to Ishigami, the birthplace of nure-senbei. 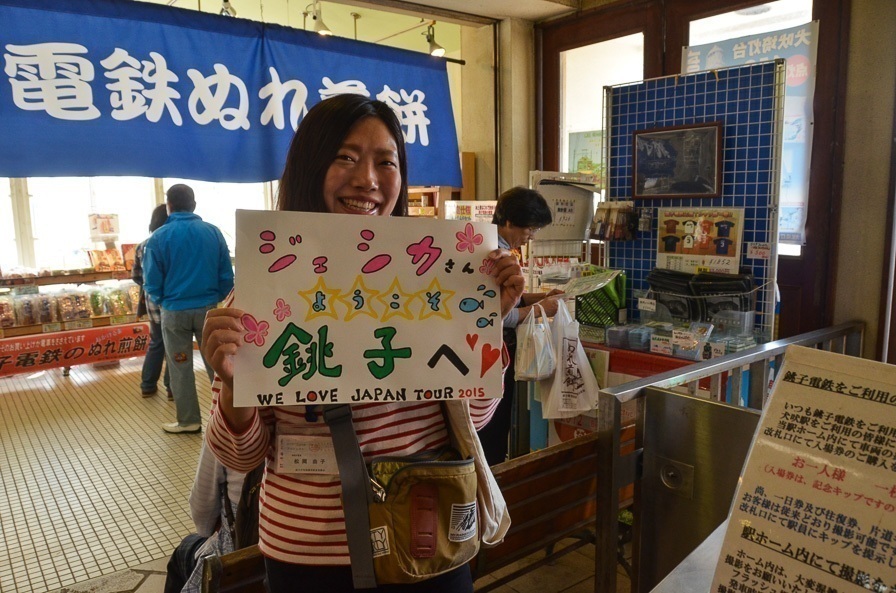 Ms. Ishiue, the president of the company, taught me how to make them. 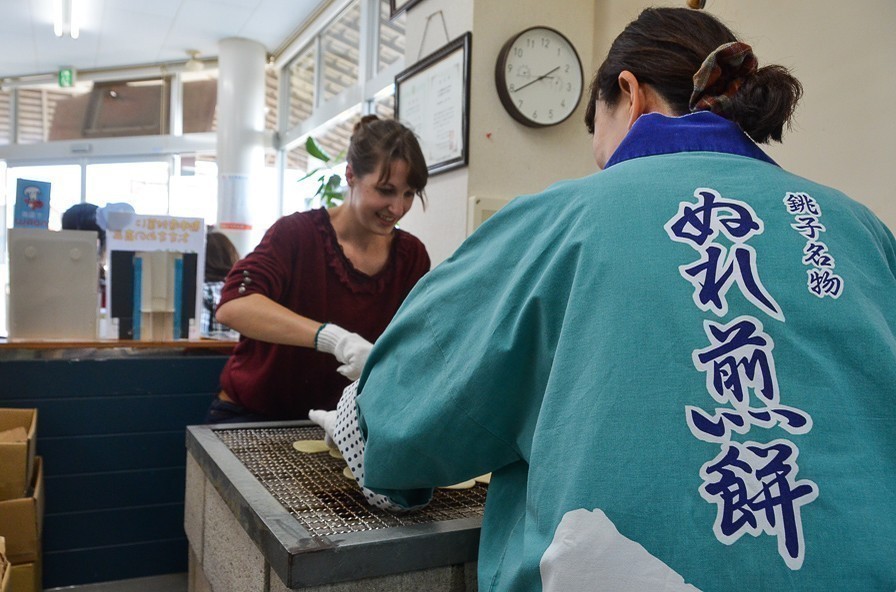 It's hard, and the grill is super hot!

Flat rice crackers are placed on the grill and turned quickly over and over again to cook. 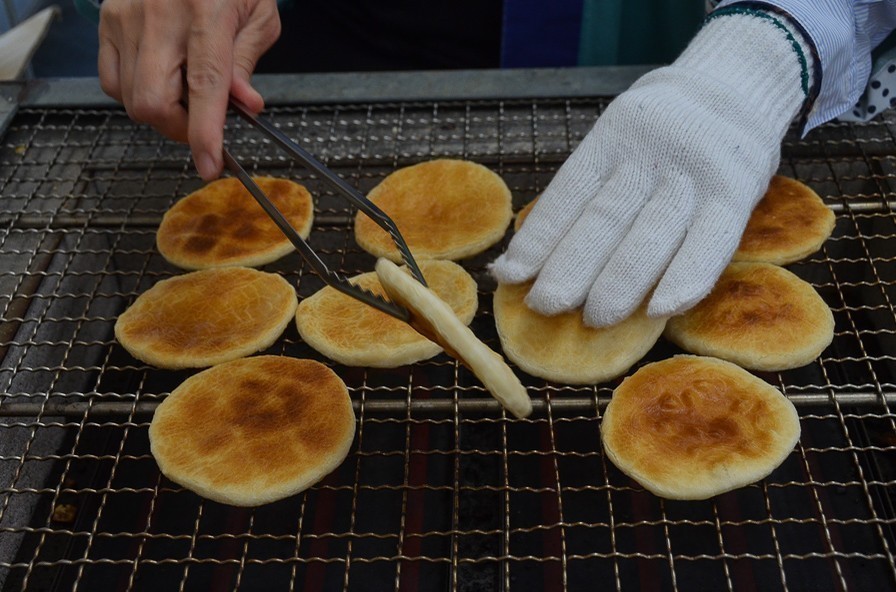 The cooked senbei are dipped in a soy sauce mix, which is the secret recipe of the shop. This is why they are called "nure-senbei", because they are dipped. 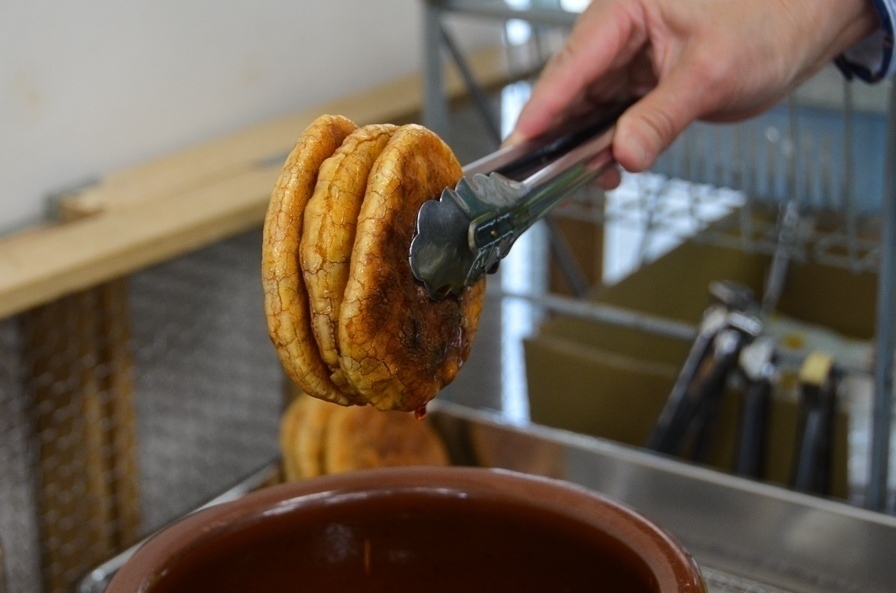 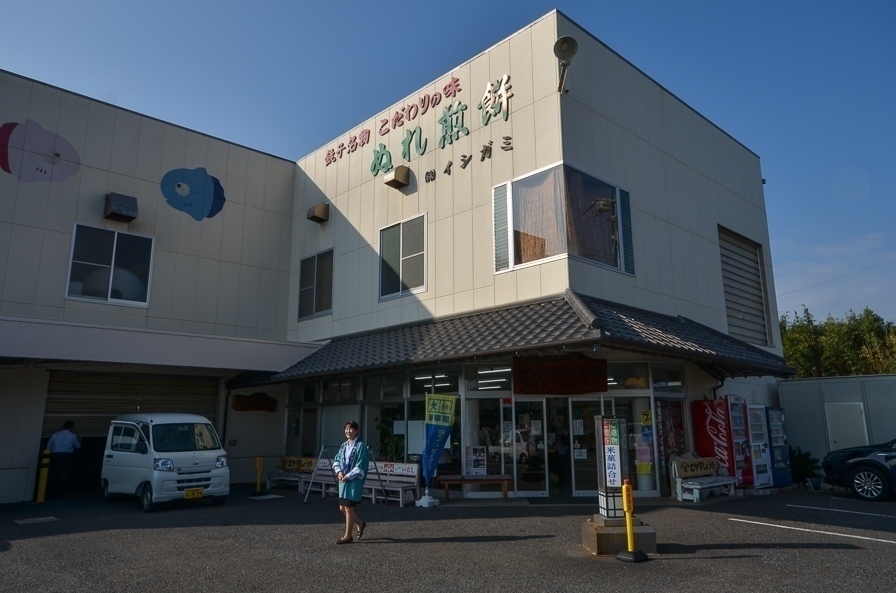 So you eat fish with soy sauce, a dipping sauce made from soy sauce flavors senbei, and the senbei helps the train line continue. In the end, the famous soy sauce of Choushi connects with all the other famous things. I'm lucky to have had the chance to see how it's made, and how it has helped the other industries in the area! 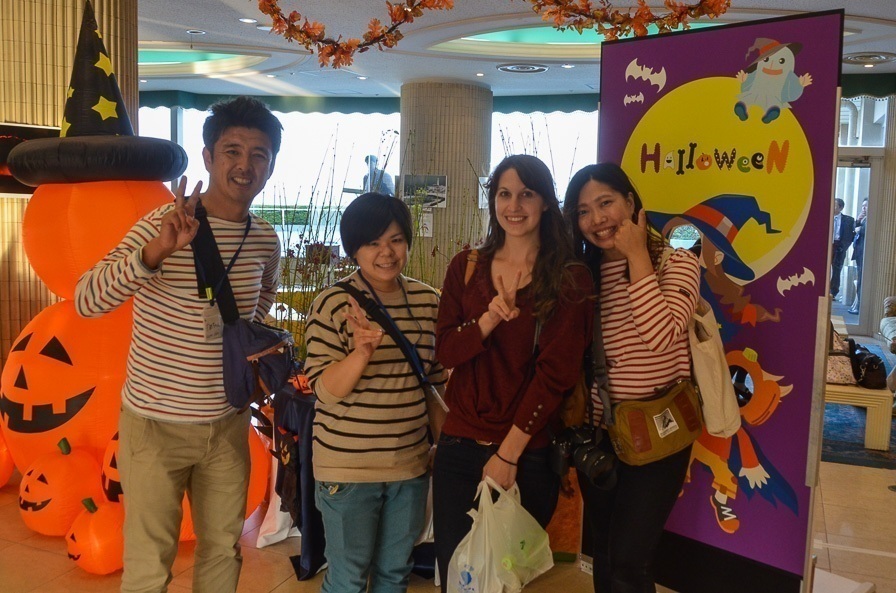 I had a chance to relax a short time and enjoy the beautiful ocean view baths at the Inubosaki Hotel, before meeting my guides once again to go to dinner. 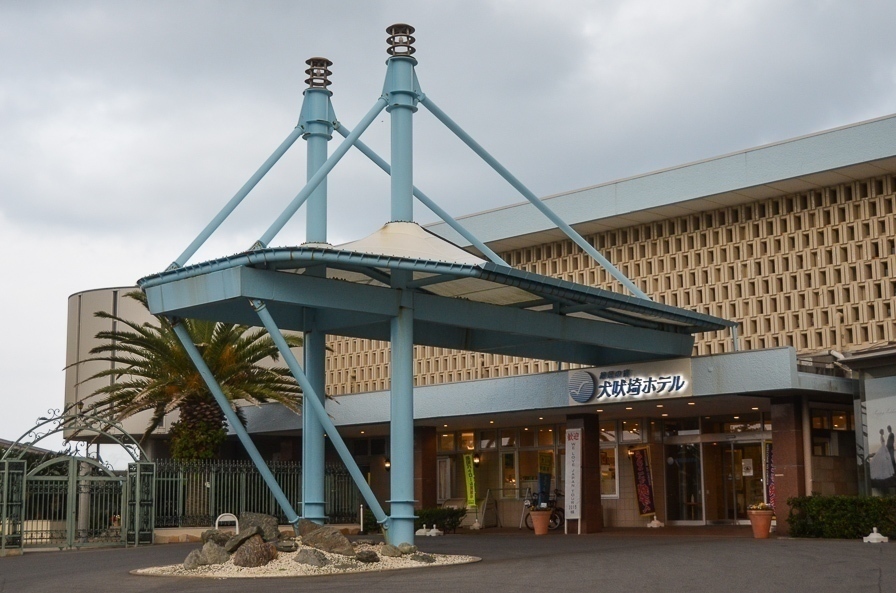 The entrance to the Inubosaki Hotel

During dinner we had some surprise guests! The mayor of Choushi, Mr. Koshikawa, and the president of my hotel, Mr. Umetsu joined us with a few others. Wow! 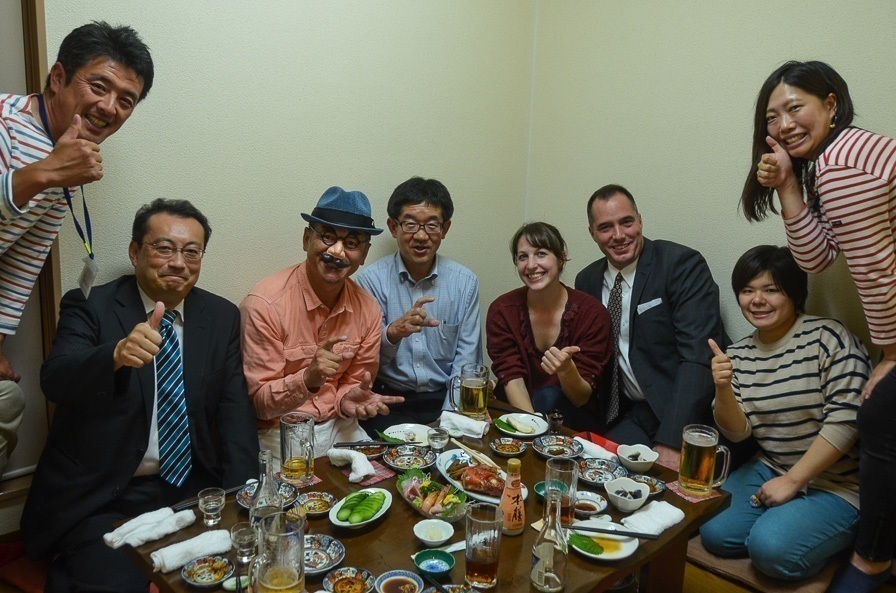 We were a fun group!

Thank you everyone in Choushi for a wonderful day! I learned so many new things, and I will treasure these experiences!

Previous
A different Kyoto - forestry in Keihoku
Next
Fifteen million autumns in Miyazu
Planning to stay in Choshi?
Book the Inubosaki Hotel Find hotels in Choshi Find hotels in Japan
powered by