The Kuniga Coast of the Oki Islands

You can’t get much more Hidden or Beautiful than today’s destination, the Kuniga Coast of Nishinoshima in the Oki Islands! The islands are located in the Sea of Japan, and so my journey began with a ferry ride. Even though it was the middle of the afternoon, most of the Japanese passengers went straight to sleep on the tatami mats! 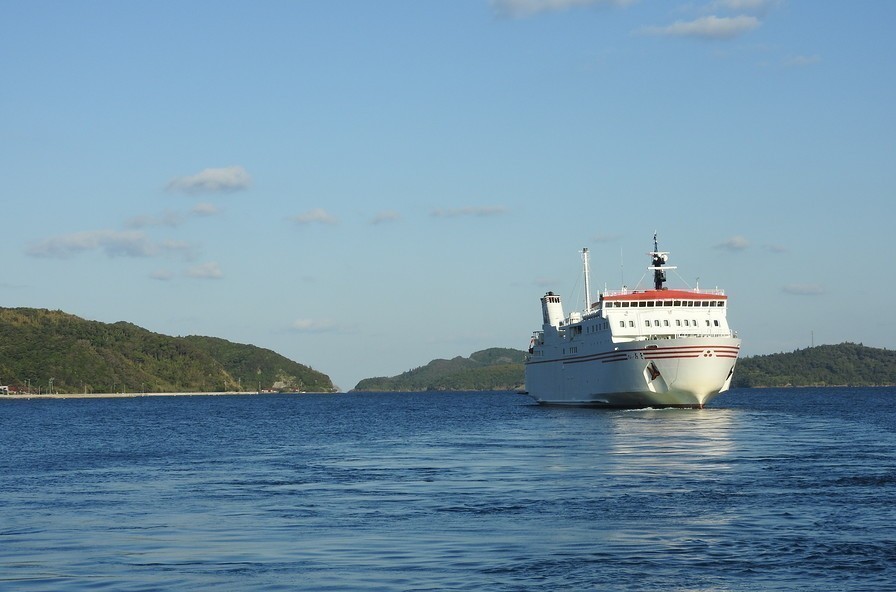 The Oki ferry. The three circles represent mysterious balls of fire which appeared from the sea to guide an emperor to safety on the islands.

I am staying at the Kunigaso ryokan, which is on a headland with panoramic views of the bay. 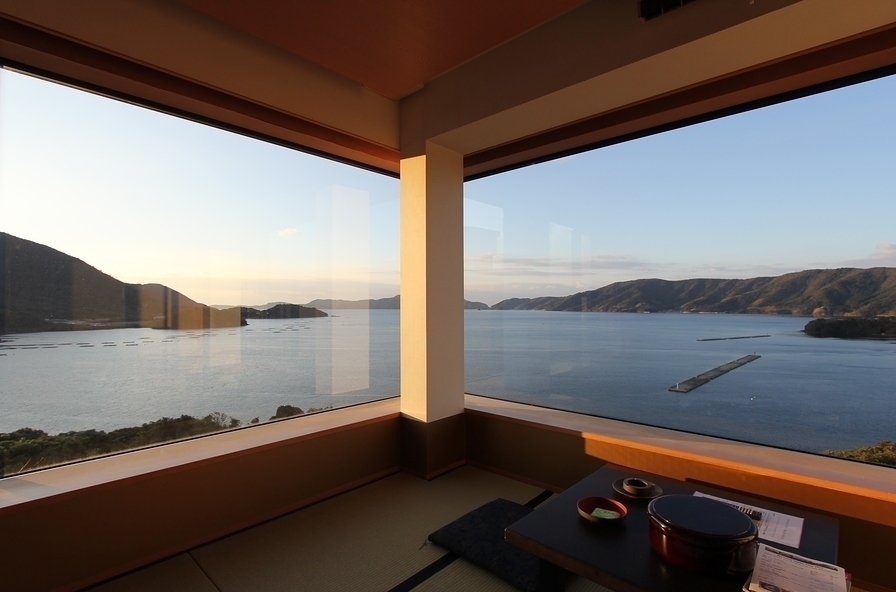 What a sight to wake up to! 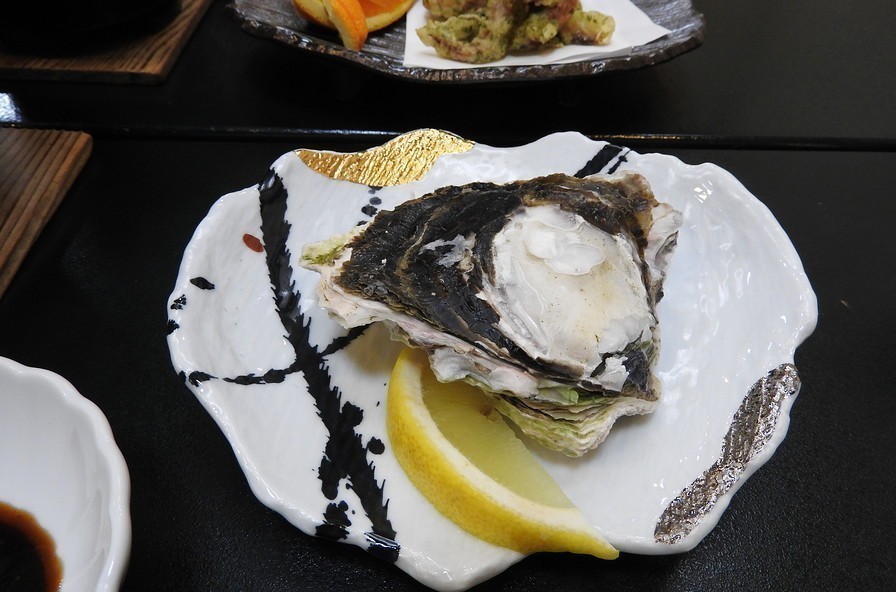 I got up early to head down the hill to Urago and check out the activity at the port. When a fishing boat is unloaded, the catch is sorted there on the wharf before being sent to market on the mainland. 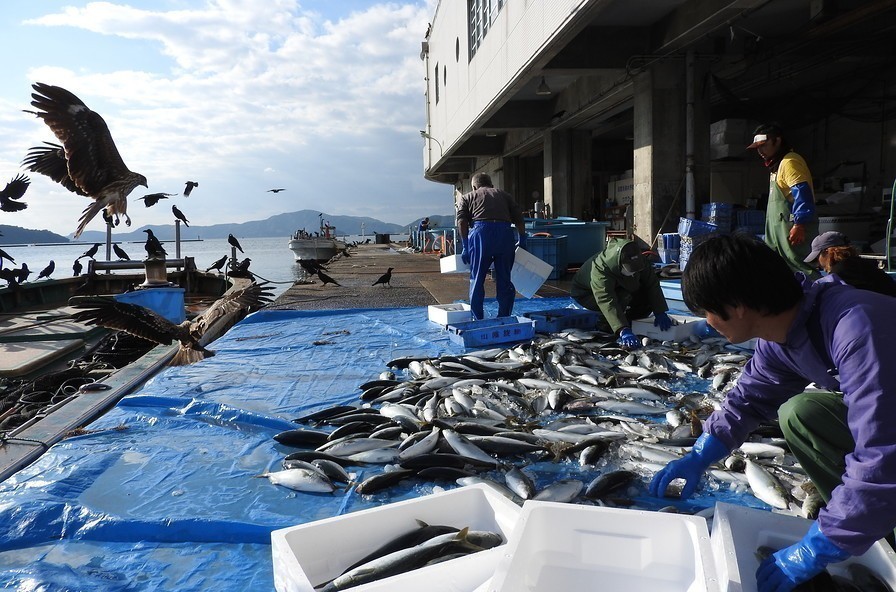 Birds of prey do their best to snatch some breakfast! 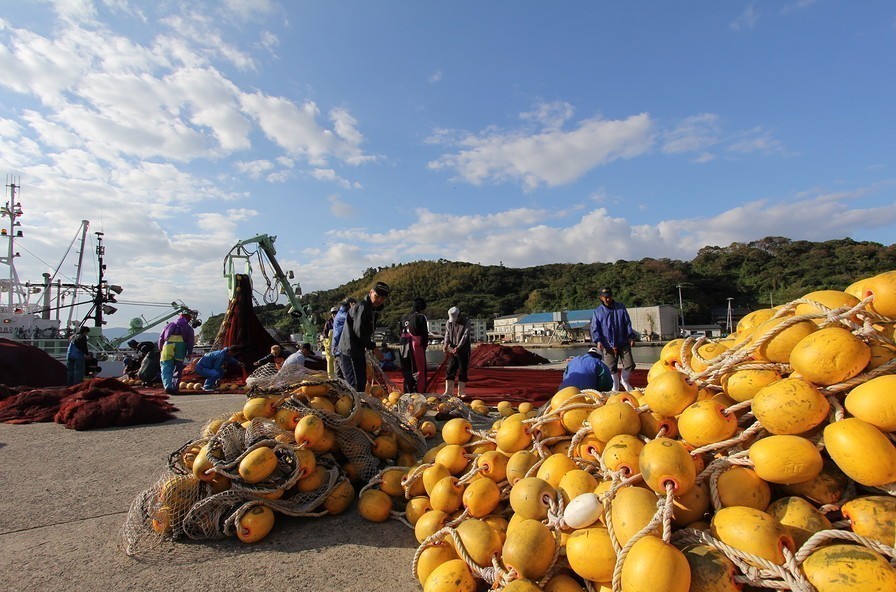 Then it was time for the day’s highlight: hiking the Kuniga Coast. I was accompanied by Sanada-san, taxi driver and local expert, and Nicola, a New Zealander who has made Oki her home and works hard to welcome the growing number of overseas visitors. 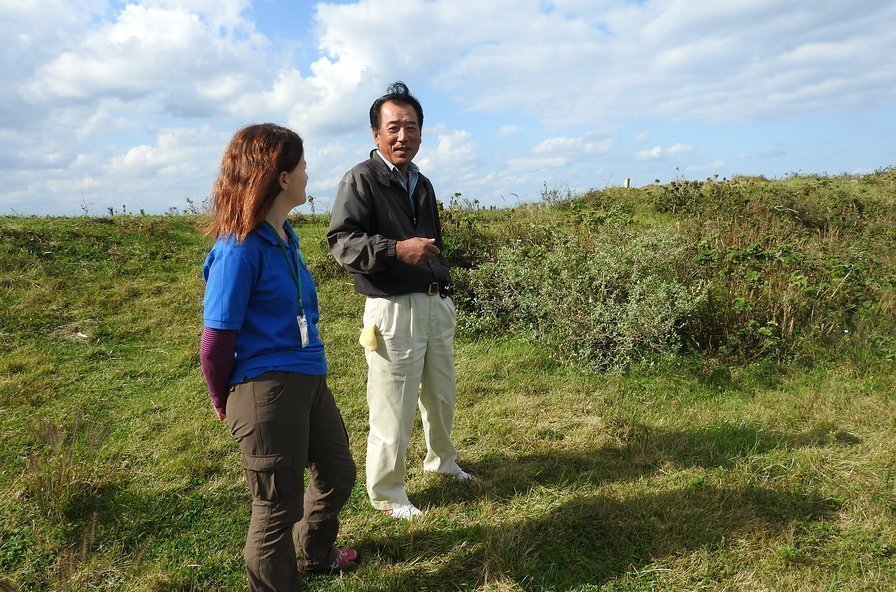 My guides for the day

The Dozen group, part of the Oki Islands, lie along the rim of a caldera from an ancient volcanic eruption. They form an almost perfect circle, one of only a few in the world. Inside, the sea is very calm. 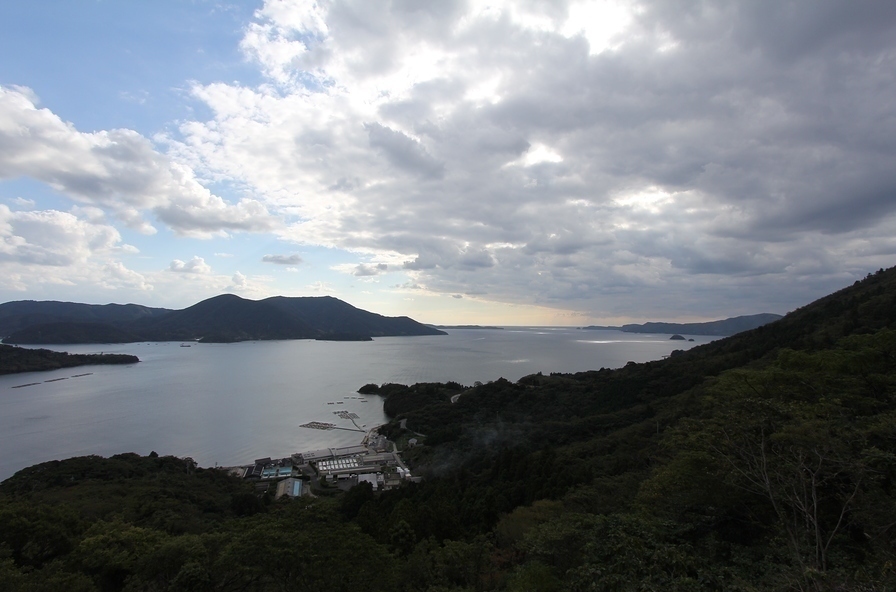 Some dramatic natural spotlights on the bay this morning

The outer edge, however, has been eroded by fierce seas to leave dramatic cliffs. “Kuniga” is thought to come from “Kunga”, meaning “rugged” in Oki dialect. 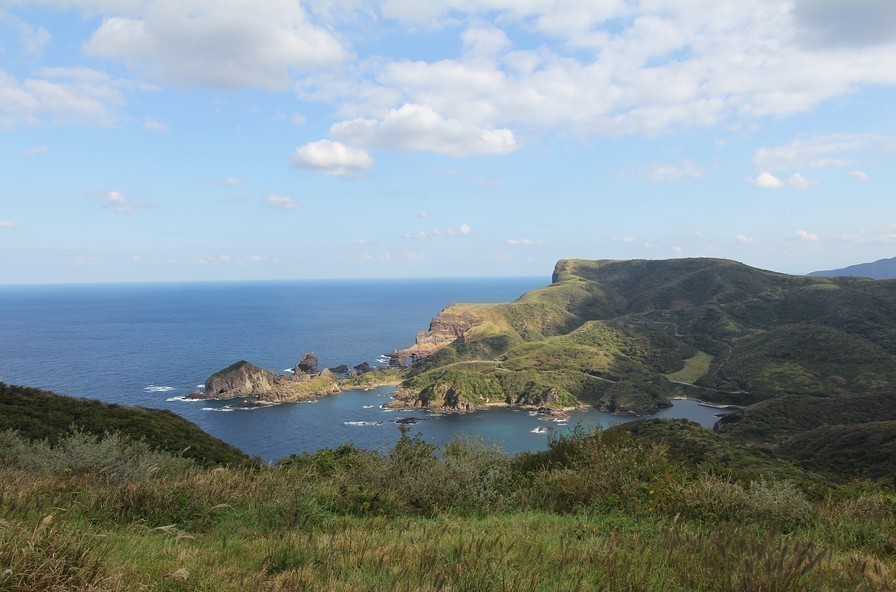 The Kuniga Coast from the Akao Lookout

There is almost no flat land on the island, making it impossible to grow rice. Instead, the islanders developed a unique crop rotation system. One year in four, land was used for grazing cattle and horses, which fertilized the soil. Now that rice is imported, crops are no longer grown, so the livestock have the hillsides to themselves. 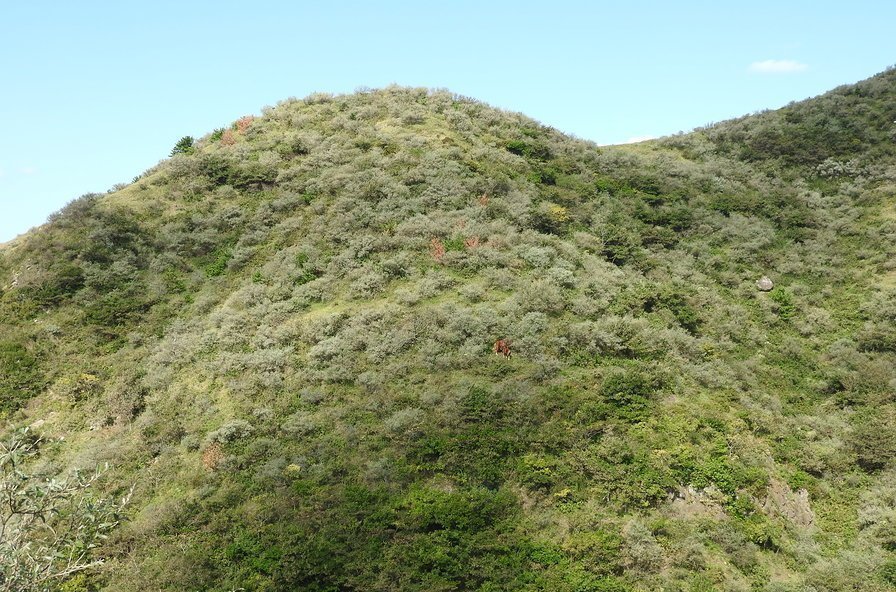 You can hardly spot the horses, they have so much space 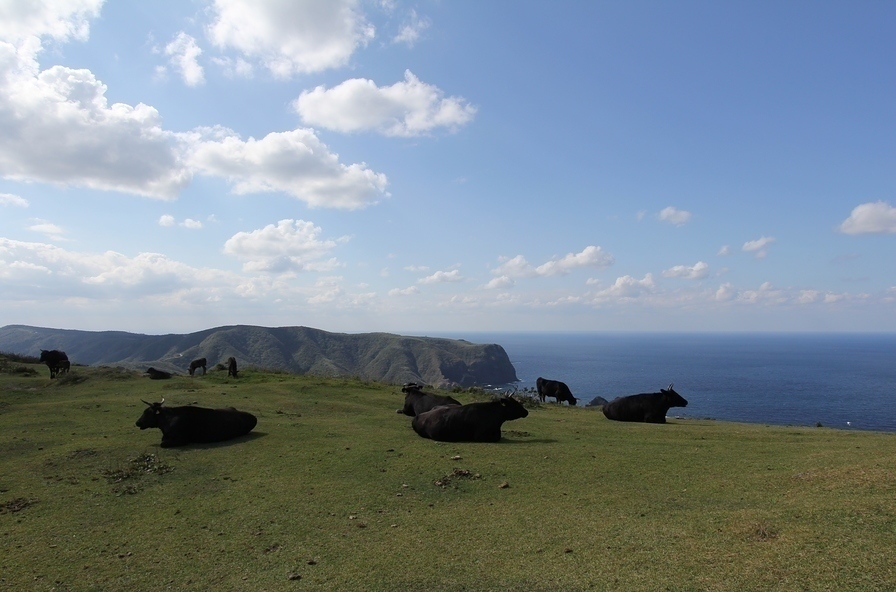 These must be the most contented cows in all of Japan!

We walked down the headland from the Matengai (Heaven) Cliff. Bare turf like this is quite rare in Japan, and somehow it reminded me a little of home. 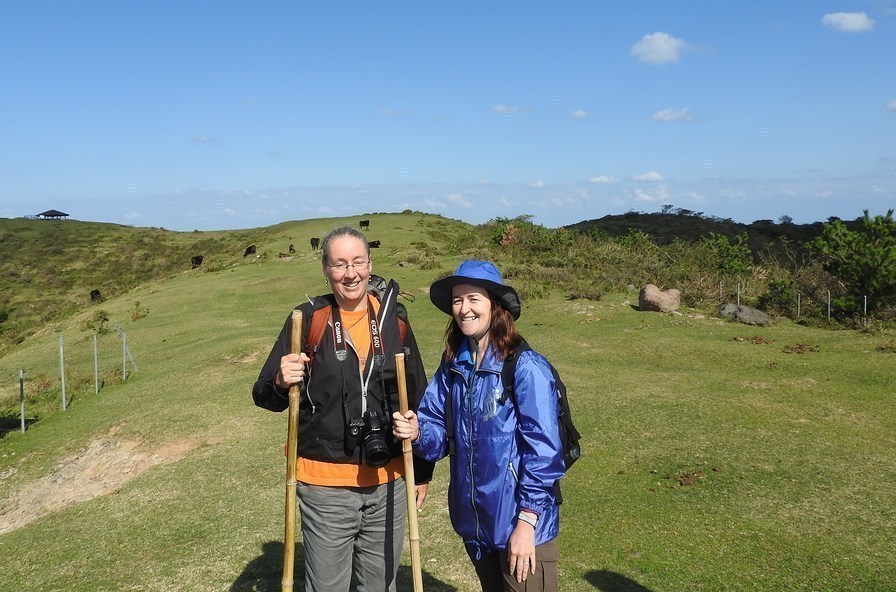 The intrepid adventurers ready to set off! 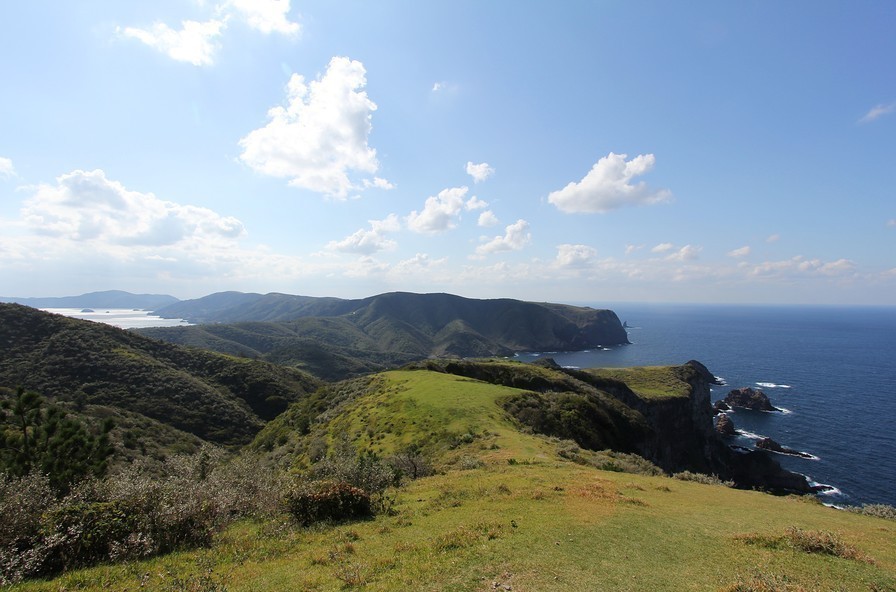 The narrow rim of the caldera

Oki has its own unique ecosystem, making it a fascinating place for nature lovers as well as geologists. 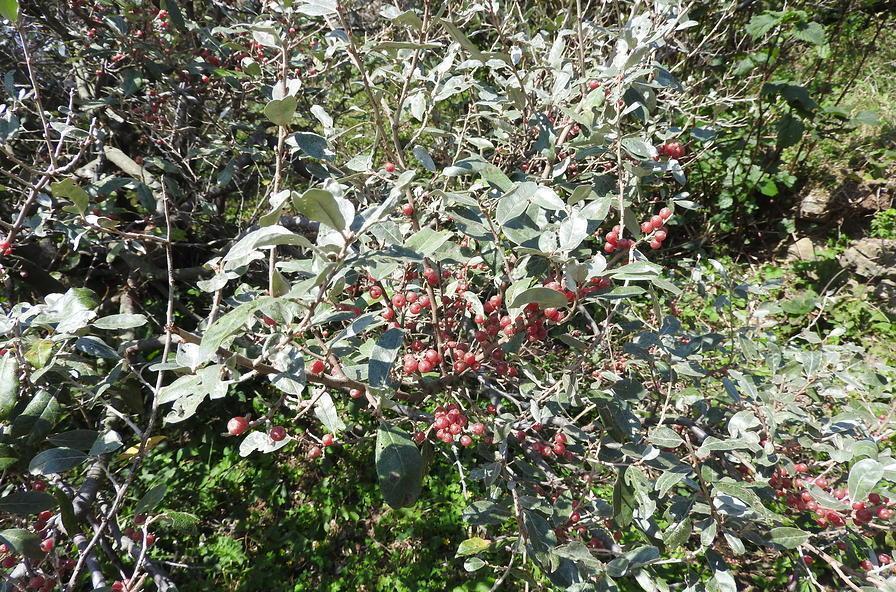 When Sanada-san was a child, he collected the berries of the Japanese Silverberry to eat. They are indeed quite sweet. 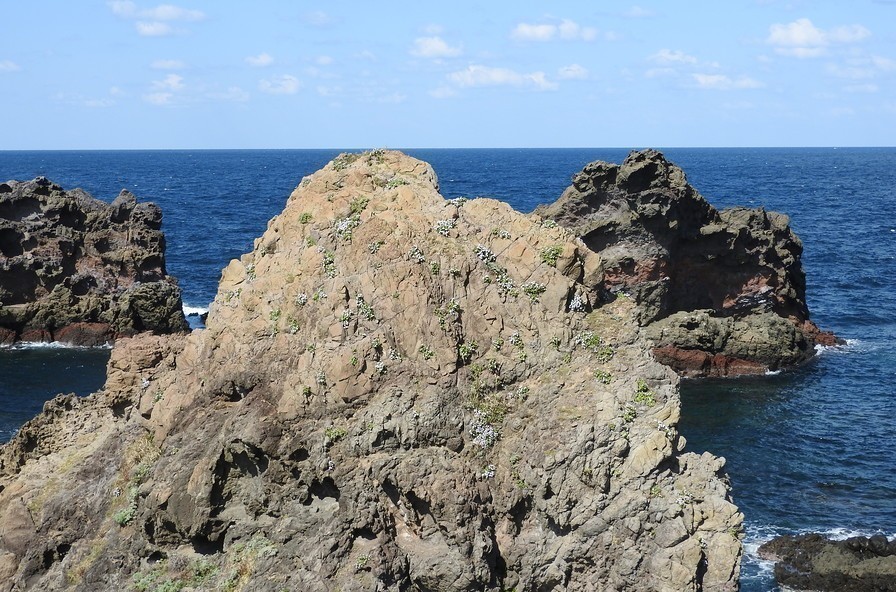 These purple flowers are known as “Daruma chrysanthemums”

There was so much to see that it took us nearly two hours to walk down from the cliff top to the shore! But yet more stunning views awaited us at the bottom... 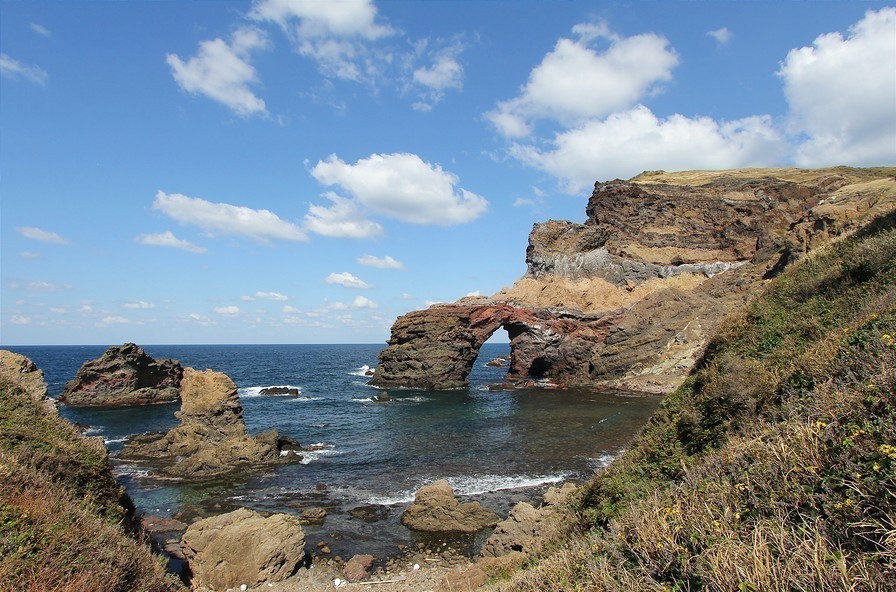 Tsutenkyo (Bridge to Heaven) Arch, with indigenous Oki chrysanthemums in the foreground

Tsutenkyo Arch was originally the mouths of caves that have since eroded. The red layers are where the molten lava touched the air, so you can count the number of eruptions. 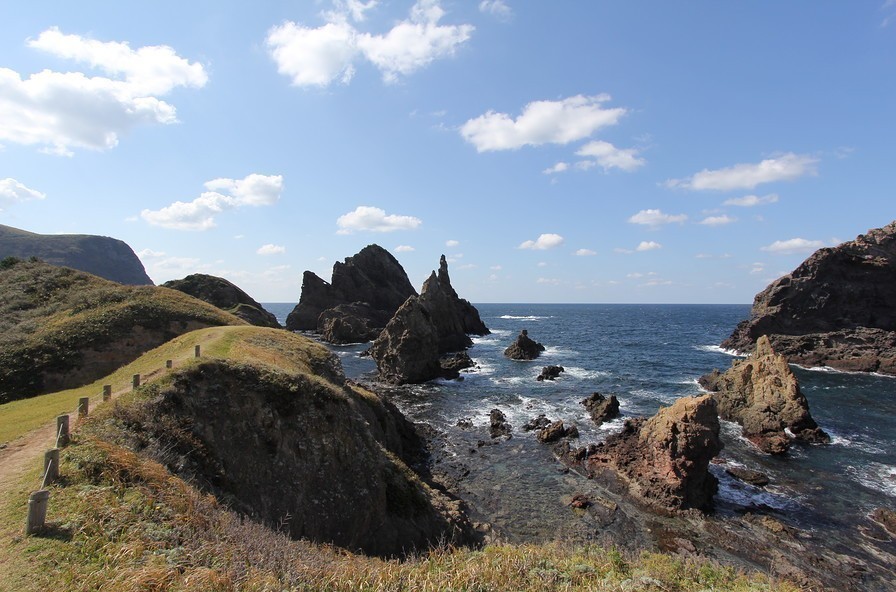 The rocks have names according to their shapes, such as “elephant” or “candle”

On the way back, we visited an unusual shrine. Its namesake, Yurahime, was bitten by a squid when returning by boat from Izumo Taisha. Once the squid discovered she was a goddess, it and the other squid threw themselves on the shore in apology. Even today, many squid wash up on this beach. 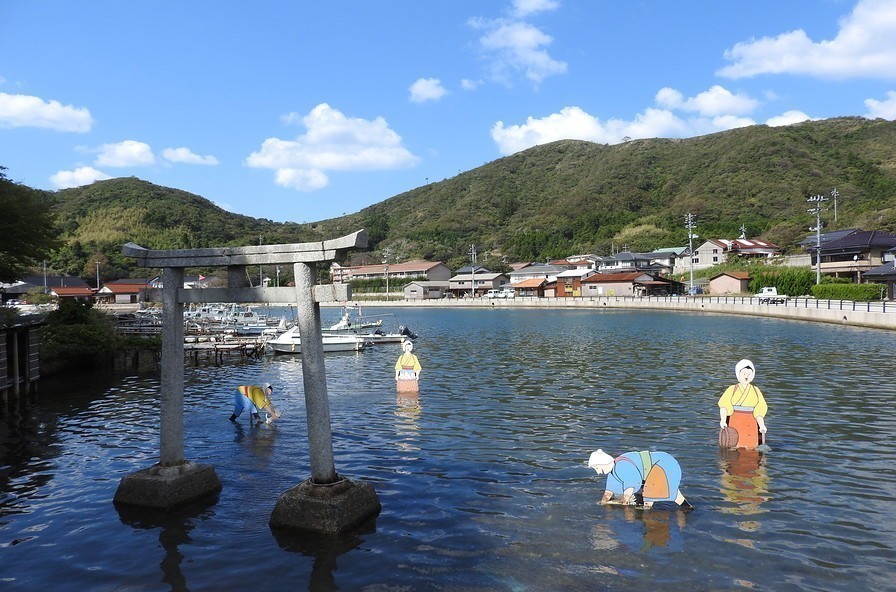 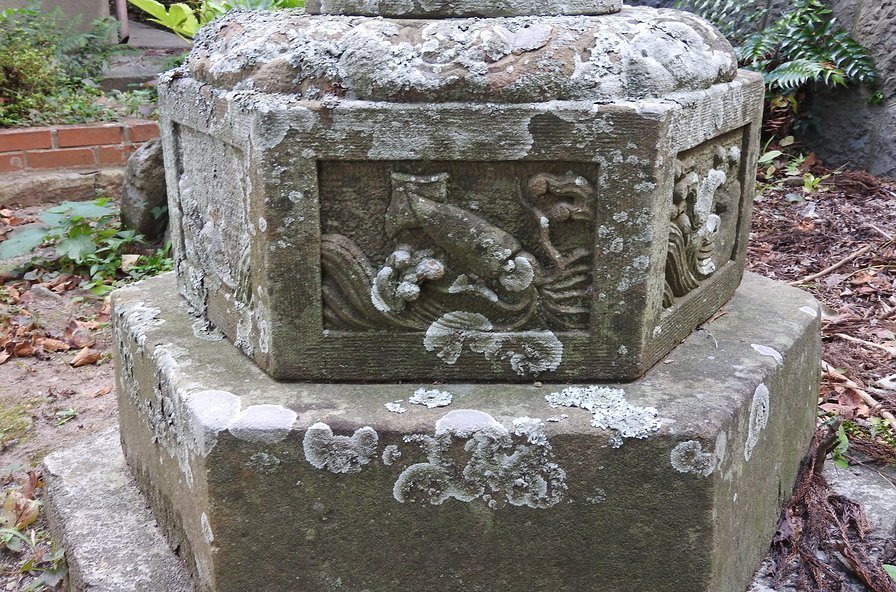 Squid are all over this shrine!

We also popped in for tea with some of the neighbours. Akizuki-san sang us “Shigesa Bushi”, an Oki folk song, while Yodoe-san showed us a photo of her visit to the Kuniga Coast 65 years ago! In those days, there was no road and she had to travel by boat. 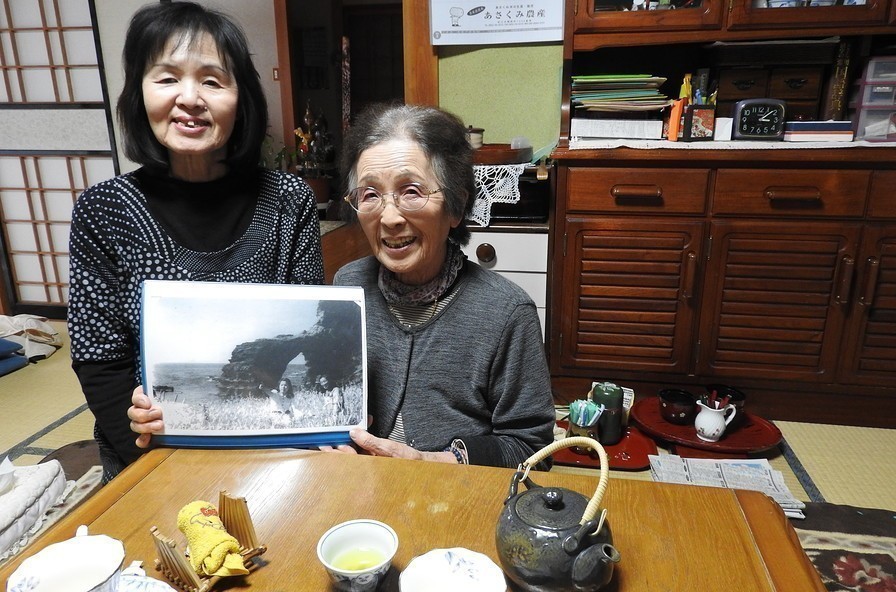 We returned to the Kuniga Coast for the sunset. Sadly, the sea was too rough for us to go kayaking, but the view was beautiful even from the shore. 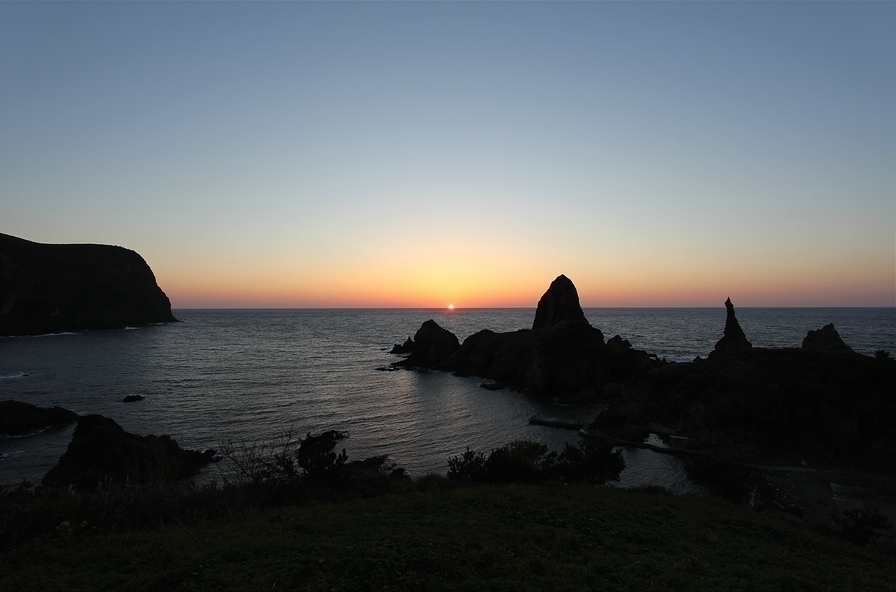 A scenic end to a memorable day

Tomorrow, I travel right across Honshu to explore another island on the opposite coast...