Home
Back
In this article:

Japan's fourth largest city, Nagoya is a major industrial and cultural center, conveniently located at the heart of Japan's largest island of Honshu. Boasting a unique historical background, enduring cultural heritage and stunning natural landscapes, the city and its surroundings have a huge amount to offer.

In our latest video, I took a trip to Aichi Prefecture to check out seven of the best things to see, do and experience in Nagoya and its surroundings from Toyota City to the islands of the Mikawa Bay. In this article, I'll dig a little deeper into each of these, and aim to show why this area deserves a place on your next Japan trip.

Located just half an hour by train from Chubu Centrair - one of Japan's largest and most attractive airports - Nagoya is ideally placed to serve as a starting or finishing point. With its central location and easy access to Tokyo, Kyoto and Osaka via the Tokaido Shinkansen, it also fits easily into most travel itineraries.

Known as the ancestral home of one of Japan's greatest samurai dynasties, the Tokugawa, the beautifully atmospheric area of Matsudaira-go makes the perfect starting point for anyone interested in delving into the history of Nagoya and its surroundings. Located about 30 kilometers southeast of Nagoya in the forested hills of Toyota City, Matsudaira-go contains a number of historic sites closely related to the family that would go on to rule Japan for over 250 years.

Standing on the site of the old family residence, Matsudaira Toshogu is a shrine dedicated to the spirits of Tokugawa Ieyasu, the warlord who united Japan following the Period of Warring States, and his ancestor Matsudaira Chikauji. Beside the shrine is a unique, roof-covered well, whose sacred water was once used to bathe the clan's newborn babies and continues to play an important role in purification ceremonies at the shrine's annual spring festival.

A short walk from the shrine is the temple of Kogetsuin, said to have been first erected in 1367 with the support of Chikauji's father-in-law. Later, Chikauji was himself laid to rest here along with several family members, and his descendants would continue to honor the temple in the centuries that followed. The current main building and gate were both constructed in 1641 by the third Tokugawa Shogun Iemitsu and are classified as important cultural properties.

The area surrounding Matsudaira-go contains a number of walking trails that are especially scenic in spring and autumn. Along the trails, two spots worth checking out are an observation deck offering an impressive view of the Nagoya area, and a wooded hill where stone foundations mark the site of the old Matsudaira castle.

Located at the summit of Mount Mayumi 40 kilometers east of Nagoya, Asuke Castle is one of only a handful of reconstructed castles from the Period of Warring States, a time when Japan was split into dozens of smaller countries, locked in a seemingly endless struggle for dominance. Unlike most castles in Japan today - expensive showpieces usually built at the centre of castle towns during the peaceful Edo Period - Asuke Castle is a fairly accurate representation of a fortress made for war.

Built by the local Suzuki clan in the 15th century, the castle was the site of numerous skirmishes as its owners tried unsuccessfully to break away from their Matsudaira overlords. The castle was later seized by the great warlord Takeda Shingen, only to be recaptured by Tokugawa Ieyasu as the Period of Warring States drew to a close.

While the main keep has been built in the style of the later Edo Period and is unlikely to reflect the original design, traditional materials and construction methods were used throughout and some details like the wooden perimeter fence and secondary watchtower are believed to be accurate.

Located in the Mikawa Bay to the southeast of Nagoya, Sakushima is a beautiful island with ocean views, quaint traditional buildings and displays of contemporary art, all inside a coastline of just eleven kilometers. Easily accessed from Isshiki Port on the mainland by ferry in about half an hour, the island is just about small enough to explore on foot but bicycles can also be rented from either of its two harbours.

Dotted along Sakushima's coastline and winding pathways are a series of contemporary artworks, referencing characters from the imaginary world or interacting playfully with the surrounding ocean views. Alongside these can be found a number of tiny shrines, some updated with eye-catching modern designs.

Visitors can also explore a little village, with quaint wooden buildings painted in black pitch to resist the salt wind, some of which have become cafes and restaurants.

In the north east of Mikawa Bay, the even smaller island of Takeshima or Bamboo Island lies just off the peaceful coastal town of Gamagori, connected to the mainland by a long bridge - the only one in all of Japan to pass through a torii gate - and said to bring good luck to couples.

The island is home to Yaotomi Shrine which is dedicated to Benten, the goddess of music and entertainers. Despite being just a few hundred meters from the mainland, the islandüfs warmer climate forms a separate ecosystem with unusual vegetation including a rare species of bamboo that gives the island its name.

Just a short walk from the bridge on a hilltop overlooking the island stands the Gamagori Classic Hotel, an elegant building with a distinctive copper-plated roof, set in a beautiful strolling garden. Built in the 1930s with a gorgeous design combining traditional and modern architecture, the hotel has had a long and storied history, surviving requisition during the Second World War as well as damage by earthquake, snowfall and a typhoon, only to be restored each time to its former glory. The hotel would go on to host members of the Imperial family, and today makes a comfortable and perfectly located base for visitors exploring the Mikawa Bay area.

One of the largest and best-known castles in Japan, Nagoya Castle is the cityüfs most iconic sightseeing spot and a must-see for visitors.

Built by Shogun Tokugawa Ieyasu in 1615, Nagoya Castle occupied a strategic position on the Tokaido, the country's main highway, and served as headquarters to the Owari, one of three main branches of the Tokugawa family, until the Meiji Restoration in 1868.

Having already overseen the large-scale construction and renovation of several castles, Ieyasu's architects could draw on an unparalleled level of building expertise, resulting in one of the high points of castle design. A total of 20 feudal lords contributed stone and other resources to the mamoth project, and their inscriptions can still be seen on the piled boulders of the impressive defensive walls.

Standing at the center of the castle is the Honmaru Goten Palace, perhaps the most spectacular piece of samurai architecture ever built. Beautifully decorated with gold-covered walls and painted screens by some of the most celebrated artists of the day, the palace was preserved unchanged for hundreds of years, only to be destroyed by aerial bombing during the Second World War. Fortunately, highly detailed plans had already been drawn of the original building, and the current structure is a near-perfect reconstruction.

Located in central Nagoya, the Osu Shopping district is a vast area of interconnecting shopping arcades, packed with shops, restaurants and entertainment of all kinds. Along its bustling streets, visitors can find a number of small temples and shrines, mechanical puppet shows with characters from history, a traditional kabuki theatre and even a small public baths. In recent years, the arrival of amusement arcades, record stores and a number of shops relating to manga, anime and cosplay have given parts of the market a more modern ambience similar to Akihabara in Tokyo or Osaka's Den Den Town.

Just a few steps from the market's west entrance stands Osu Kannonji, one of the city's most popular temples, dedicated to Kannon, the Buddhist goddess of mercy. In front of the temple's worship hall can be found a free-standing incense burner and large hanging paper lantern, both somewhat reminiscent of Sensoji Temple in Asakusa, Tokyo. As Kannon is believed to occasionally grant wishes, it is a common practice to write a wish on a small strip of paper and attach it to the underside of the lantern.

With a history of around 400 years, the Kawabun is Nagoyaüfs oldest restaurant, serving high end kaiseki cuisine in an elegant, Taisho-inspired setting that combines traditional Japanese architecture with Western elements.

Drawing on centuries of culinary tradition from the cuisine of the old Imperial Court to Buddhist vegetarian cooking, kaiseki is a course meal made up of highly intricate dishes, chosen by the chef to highlight the beauty of individual ingredients and the constant change of the seasons.

A pilgrimage from Nagoya along the Kumano Kodo 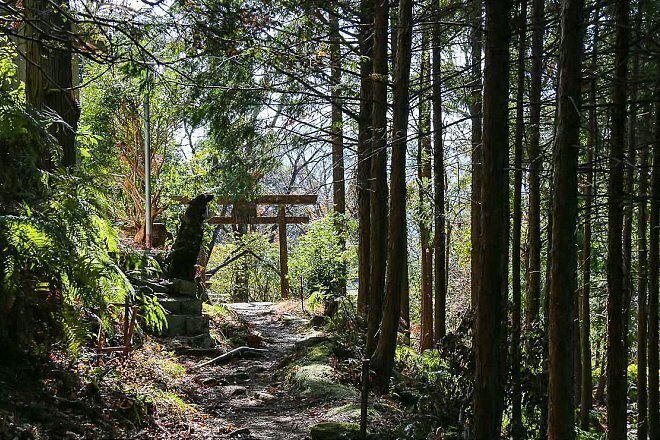 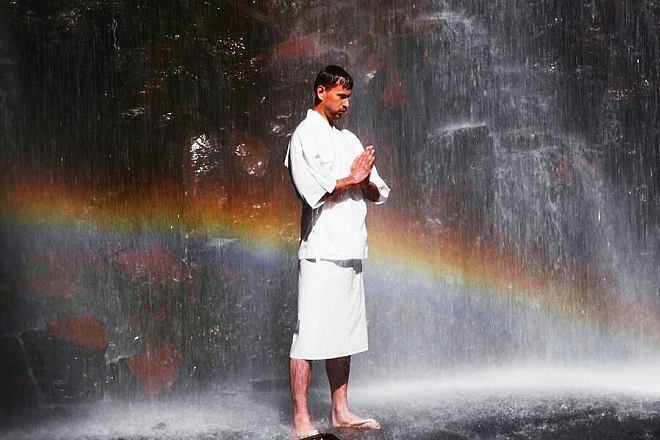