Looming between Japanüfs ancient capital Kyoto and its largest lake, Lake Biwa, is the sacred Mount Hieizan. Home to Enryakuji, the headquarters of one of Japanüfs most prominent Buddhist sects, this mountain has for centuries been held as among the most culturally-important locations in the country, and today draws thousands of visitors every years eager to experience its incredible atmosphere and learn about its storied past.

Just a short journey from Osaka using the Keihan Railway, this mountain makes for a perfect day trip from the big city, and what's more, there are various worthwhile attractions in its vicinity to keep visitors entertained and inspired. With this in mind I decided on a route first heading from Osaka to the city of Otsu on the shores of Lake Biwa, before ascending the mountain to explore Enryakuji, and then finally descending back towards Osaka.

After beginning my journey from Kyobashi Station in central Osaka, I arrived at Biwako-Hamaotsu Station and made the short walk to Otsu Port. Here I was to board the Michigan Sightseeing Cruise, an American-style paddle steamer departing the port multiple times per day to give boat tours around Lake Biwa. I boarded the vessel and enjoyed beautiful views of the water and the shoreline during the 80-minute voyage and appreciated the chance to experience Japan's largest lake in a way I never had before.

Back on land and ready to take in more of the area's offerings, I returned to the train station and made the short ride to Sakamoto-Hieizanguchi, from where Hiyoshi Shrine is just a few minutes on foot.

Hiyoshi Shrine is the head shrine of almost 4000 Sanno shrines located around the country, and has for many years been a favorite spot for visitors come autumn, when vivid colors make for fantastic foliage displays. Visiting outside of autumn, I was more concerned with the shrine's eastern precinct, of which the main hall has been designated as a national treasure. Attractive architecture in an atmospheric setting, the shrine made for a great stop en-route to Enryakuji.

From Hiyoshi Shrine I walked along to the cable car station and from there took the short ride on the Sakamoto Cablecar to the summit of Mount Hieizan. From up here, stunning views down the mountain of Otsu and the lake behind it could be had, and I relished taking these in on the walk to Enryakuji. In no time I'd arrived at the sacred mountaintop complex, and with food on the brain went in search of lunch.

I sat down in the Enryakuji Kaikan's dining room and was treated to a lunch of Shojin Ryori, which is typical Buddhist cuisine that is also vegetarian. The meal included such delights as rice, shiitake mushroom tempura, and daizu tampaku, which is a special delicacy made from soy bean protein that is said to taste like meat. I savored the delicate flavors of the delicious meal and then made my way out to begin my exploration of the temple.

Enryakuji Temple was established on this mountain around 1200 years ago by Saicho, the revered monk who introduced Tendai Buddhism to Japan. In the height of its power the temple had around 3000 sub temples and a formidable army of warrior monks. Today the temple is not as large as it once was, but is nonetheless very impressive.

The temple is made up of multiple areas, and today I was going to start by strolling around Todo, the temple's eastern precinct, before making a hike through the woods to the western precinct, Saito.

In Todo I beheld the impressive Monjuro Gate before heading over to the Amida Hall, an iconic and very photogenic part of the temple that was added relatively recently in 1937. Following my exploration of these sites, I made my way into the forest and began the journey over to Saito.

The walk between Todo and Saito areas of Enryakuji takes around 20 to 30 minutes and is a predominantly gentle walk with only a couple of slopes. One of the many great experiences to be had at the temple, the forest walk is extremely atmospheric and tranquil, and allows for quiet contemplation while admiring the natural surroundings.

Upon completing the thoroughly enjoyable stroll, the forest suddenly opened up as I arrived at Shaka Hall in the Saito area. This hall is the oldest building on the mountain and dates back to the Edo Period (1603-1868). I stepped inside and was able, as my final memory of this old temple, to experience the ambience as fellow visitors solemnly prayed accompanied by the sweet smell of incense and the sound of life coming from the trees outside.

From Shaka Hall it is only a few steps to the bus stop, from where I said goodbye to Enryakuji and began the journey that would eventually lead me down the mountain. I first took a bus to the top station of the Eizan Ropeway and from here boarded the ropeway and then a cablecar to the foot of the mountain. I took a train from Yase-Hieizanguchi to Demachiyanagi in Kyoto and from here continued back toward central Osaka.

From central Osaka (e.g. Yodoyabashi or Kyobashi stations) take a limited express on the Keihan Main Line to Sanjo Station and then transfer to the Tozai Line to Biawko-Hamaotsu. The entire one way journey takes around 80 minutes and costs 840-1340 yen depending on whether a reserved seat is purchased between Osaka and Sanjo. There are around three connections per hour.

From central Osaka take a limited express on the Keihan Main Line to Demachiyanagi Station and then transfer to the Eizan Railway to Yase-Hieizanguchi. The entire one way journey takes around 70 minutes and costs between 730-1230 yen, depending on whether a reserved seat is purchased between Osaka and Demachiyanagi. There are around three connections per hour.

The Keihan Mount Hiei Sightseeing Pass offers one day of unlimited travel along the train, cablecar, ropeway and bus lines shown on the map below (except the lines colored in grey). The pass costs 3900 yen and can be purchased at most Keihan Railway stations. Note that supplement fees for limited express trains are not covered by the pass. This pass is not available from early December to mid March.

The Eizan cablecar and ropeway on the Kyoto side of Mount Hieizan are out of service from early December to mid March. In contrast, the Sakamoto Cablecar on the Lake Biwa side of the mountain operates throughout the year.

Echoes of the Past on a Side Trip from Osaka 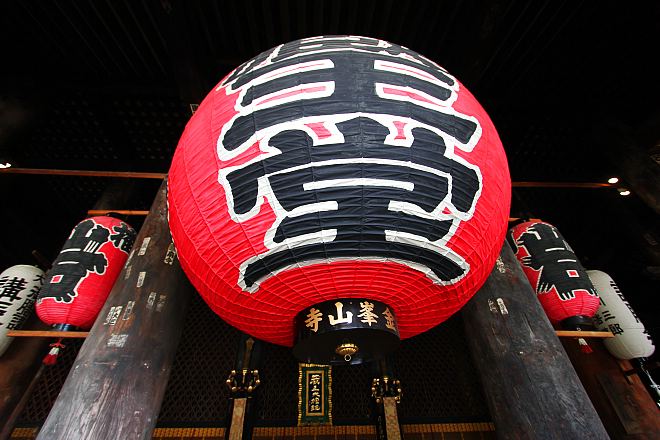 Drinking our way through Uji and Fushimi 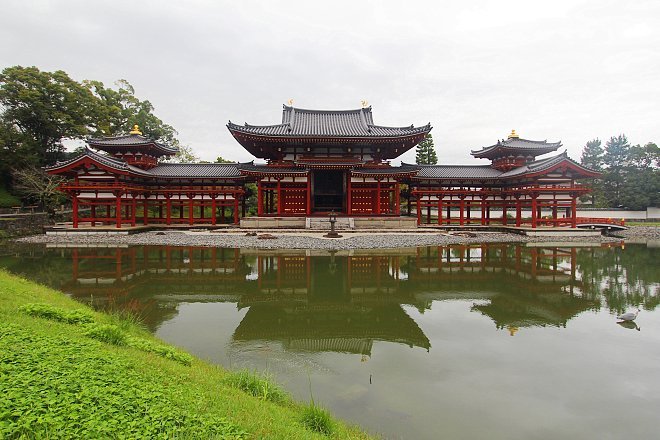