Mount Fuji Shizuoka Airport (ĢxÄmÄRÉ├ē¬ŗ¾Ź`, Fujisan Shizuoka Kūkō) is a small airport that was opened in June 2009 to serve the area between Nagoya's Central Japan Airport and Tokyo's Haneda Airport. The airport offers flights to multiple domestic and nearby Asian destinations, as well as a few charter flights.

The airport is located between Shizuoka Prefecture's two main cities, Hamamatsu and Shizuoka, and is named after the prefecture's most famous landmark, Mount Fuji, which is located 80 kilometers away. The airport is conveniently located near the expressway, while the Tokaido Shinkansen passes directly below it; however, there are currently no plans to build a new shinkansen station underneath the airport. Instead, access by public transportation is provided by buses. 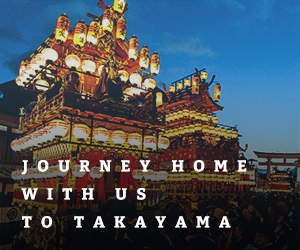 Several rental car outlets are located at the airport. The closest interchange along the Tomei Expressway is only five kilometers away.

Visiting the Northern Alps in December

Is Hamamatsu City known as a windy city?