Sign In
Construction Notice:
In January 2019, renovation works started on the Dogo Onsen Honkan during which the bath house is closed partially over the period of seven years. Read more details.
3.9
★★★★★
273 votes
#1 of 4
most visited in Matsuyama

Dogo Onsen (ō╣īŃēĘÉ“, Dōgo Onsen) is one of Japan's oldest and most famous hot springs, located to the east of central Matsuyama. The area is popular with tourists for its beautiful bath house and many ryokan. Dogo Onsen has also been a frequent destination for Japan's most prestigious guests, the Imperial Family.

The main attraction in Dogo Onsen is the Dogo Onsen Honkan, a wooden public bathhouse, dating from 1894. The interior of the Honkan is a maze of stairways, passages and rooms, all of which bustle with bathers and staff. It is said to have served as inspiration for Miyazaki's popular animated film "Spirited Away".

The Dogo Onsen area also features many other attractions such as a shopping arcade, the secondary bath house Asuka no Yu, interesting temples and shrines, Dogo Park and a museum about Masaoka Shiki, one of Matsuyama's most celebrated figures. Ryokan guests often walk around the streets in their yukata, giving the onsen town a very pleasant atmosphere.

Hours: 6:00 to 23:00 (entry until 22:30)
Admission: 410 to 1550 yen
The Honkan has two indoor baths: Kami no Yu is the larger public bath and Tama no Yu is the smaller, more noble and less crowded bath. Four different options provide visitors with varying levels of access to the Honkan's facilities, with some price plans including a snack and some green tea. Visitors on the highest price level can view the exclusive bathing facility reserved for visiting emperors.

Hours: 7:00 to 23:00 (entry until 22:30)
Admission: from 600 yen
Located about 100 meters away from the Honkan stands Dogo Onsen's newest bath house, Asuka no Yu. Opened in 2017, it is a tastefully designed, modern version of the Honkan, offering similar visiting plans from simply using the bath (600 yen) to the additional use of private rooms (1650 yen) and a private bath (plus 2000 yen). In between is the pleasant plan that allows visitors to relax and drink tea in a large tatami room on the second floor (1250 yen) after taking a bath.

Hours: 6:30 to 23:00 (entry until 22:30)
Admission: 400 yen
Tsubaki no Yu ("Camellia Bath") is another public bath house that stands just next the the Asuka no Yu. Dating from the 1980s, it offers simple, gender-separated indoor baths and the same hot spring water as the Honkan.

Built in 1895, Dogo Onsen Station is a nice representation of Meiji Period architecture. It serves as the terminal station to three tram lines. A "Botchan" steam locomotive is often exhibited in front of it.

Clock chimes every 30-60 minutes from 8:00 to 22:00
Foot bath can be used from 6:00 to 23:00
The Botchan Karakuri Clock near the station plays music on the hour whilst figurines of characters from the famous novel "Botchan" come to life. Next to the clock stands a foot bath free for all to enjoy.

Hours: varies by shop, typically from 9:00 to 22:00
Closed: varies by shop from no closing days to one per month or week, typically Tuesday or Wednesday
An approximately 250 meter long, covered shopping arcade connects Dogo Onsen Honkan with Dogo Onsen Station. The arcade is filled with stores selling local specialties, gifts and snacks. Most shops here open into the night and the shopping street remains lively with strolling visitors and ryokan guests in their yukata.

Hours: 9:00 to 18:00 (until 17:00 from November to April)
Admission ends 30 minutes before closing
Admission: 400 yen
Closed: Most Tuesdays
The Shiki Memorial Museum displays information on one of Matsuyama's most well-known sons, Masaoka Shiki, who introduced modern haiku poetry. Shiki's works of poems and paintings, as well as materials documenting his life are presented.

Dogo Park occupies the former grounds of a castle. Today, only the moats and barely noticeable castle ruins remain, and Dogo Park is better known as a great cherry blossom spot in spring. The spacious park offers wide lawns which are ideal for picnics and barbecue parties.

Hours: Always open
Admission: Free
Ishiteji is Matsuyama's most famous temple, located a short bus ride or 20 minute walk from central Dogo Onsen. On its spacious grounds stand several temple buildings, a three-storied pagoda and a temple gate that is a designated national treasure. Ishiteji also has a cave that leads to a somewhat bizarre secondary temple complex.

Hours: 5:00 to 19:00 (6:00 to 18:00 during winter)
Admission: Free
Isaniwa Shrine is located about 200 meters east of Dogo Onsen Station. A tall flight of stairs lead to the shrine, which is constructed of the traditional Hachiman architectural style. In this style, the shrine consists of two halls whose roofs are connected with each other, essentially forming a single building. Sheltered corridors and vermillion pillars and walls are also a feature of this style.

How to get to and around Matsuyama 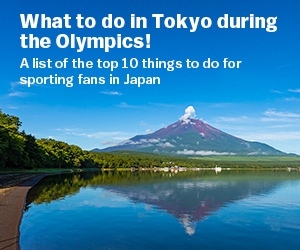 Matsuyama to Hiroshima by jetfoil

How many Matsuyama Stations? Which to use?