Plan a Trip
On this page:

The pass can be used only by foreign tourists and offers unlimited rides on JR trains for one, two or three weeks at a cost that residents of Japan can only dream of. It comes in two types: ordinary and green car. The latter is valid on green cars (first class cars) that offer more spacious seats than ordinary cars.

The Japan Rail Pass is valid on:

The Japan Rail Pass is not valid or requires a supplement fee in the following cases:

Upgrading to Nozomi or Mizuho possible?

No, it is not possible. When riding the Nozomi or Mizuho, Japan Rail Pass holders will have to pay the entire ticket price. Be careful not to board a Nozomi or Mizuho train by mistake.

Green cars offer larger seats, more foot space and enhanced board service, and they tend to be less crowded than ordinary cars. They are available on most shinkansen and limited express trains and on a small number of local trains. Many travelers find the size and foot room of ordinary seats sufficient, but those who wish to have additional luxury, should go for the green car.

It is possible, but the ordinary rail pass will cover only the base fare. The green car fee and eventual shinkansen or limited express supplement fees will have to be paid separately, which usually adds up to a rather large amount.

Can the pass be shared or transferred?

No, the Japan Rail Pass is a strictly personal pass and can only be used by the person whose name is printed in the pass. Pass holders may be asked by railway staff to produce their passports in order to confirm ownership of the pass.

The validity period of the Japan Rail Pass is based on calendar days (midnight to midnight) rather than 24 hour periods. For example: when starting to use a 7-day pass at noon on day 1, it will expire at midnight at the end of day 7 rather than at noon of day 8.

What happens if I am on a train when the pass expires at midnight?

If you happen to be on board of a train at midnight, the Japan Rail Pass remains valid until the end of your journey, i.e. until you leave your final station through the ticket gates. This is true even if you transfer trains after midnight. However, if you transfer to a shinkansen, limited express or express train after midnight, the pass will not cover the express supplement for that train anymore.

There are three ways to purchase a Japan Rail Pass:

Who can use it?

The Japan Rail Pass can be used only by short term visitors to Japan, who enter Japan as "temporary visitors". It can also be used by Japanese nationals who can prove that they have been permanently residing abroad for at least the past ten years. However, it cannot be used by residents of Japan.

Where and how can the voucher be exchanged?

The voucher can be exchanged at designated major JR stations across Japan, including the JR stations at Narita Airport and Kansai Airport. See this page for a list of designated stations and opening hours. Hand your voucher and passport (photocopy not accepted) to the ticket counter staff. After some processing, you will receive your Japan Rail Pass.

Selecting a starting date in the future

How to use the Japan Rail Pass

As of June 2020, Japan Rail Pass holders can use the automatic ticket gates to enter railway stations. Previously they had to pass through the manned gate and present their rail pass to the staff.

How to make seat reservations

Japan Rail Pass holders can make seat reservations for free at ticket machines or ticket offices across Japan after exchanging their voucher to the actual pass. Reservations cannot be made on board of trains. Those who purchased their pass through the official JR website can also make online seat reservations on that website. See the pages on how to use trains and shinkansen for more details about how to make a seat reservation.

What happens if I miss a train for which I have seat reservations?

This may cause inconvenience to other passengers and the railway company and should be avoided by all means. If it does happen, try to cancel your reservation at a ticket office before it is too late. You can then ride a later train in the non-reserved section or make a new reservation for an upcoming departure.

Does the Japan Rail Pass pay off?

It depends on your itinerary! It won't pay off for urban travel alone. But if you cover some long distances within a relatively short time period, the pass is likely to pay off. Furthermore, the pass provides convenience and flexibility in addition to saving money. For example, pass holders won't need to buy tickets whenever they ride trains and can spontaneously make side trips at no additional cost.

On the other hand, the pass is not valid on Nozomi trains which can be a small inconvenience when traveling along the Tokaido/Sanyo Shinkansen. Note also that some travel agents might charge a service fee or apply an unfavorable exchange rate, resulting in an inflated cost of the rail pass.

When does it pay off?

As a rule of thumb, the 7-day pass costs about the same as regular shinkansen tickets for a round trip between Tokyo and Kyoto. It will not pay off if you travel less than that. Our Japan Rail Pass Calculator and the timetable website Hyperdia are good tools to compare regular ticket costs with the pass. The access pages of destinations in our sightseeing guide also contain lots of fare information.

Is it useful for urban transportation?

Tokyo and Osaka are two of the few cities where the pass is quite useful, particularly thanks to Tokyo's Yamanote Line and Osaka's Loop Line. In many other cities, however, for example in Kyoto, non-JR trains, subways and buses are more convenient but not covered by the Japan Rail Pass. 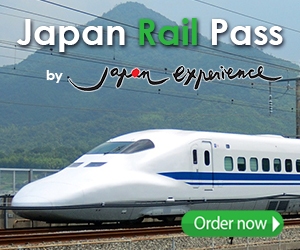 6 breweries and 1 winery in a 3-day trip

6 breweries and 1 winery in a 3-day trip