How to travel between Kyoto and Tokyo

How to travel between Kyoto and Kansai Airport

How to travel between Kyoto and Osaka

How to travel between Kyoto and Kobe

How to travel between Kyoto and Nara

How to travel between Kyoto and Nagoya

How to travel between Kyoto and Itami Airport

How to travel between Kyoto and Osaka

Above fees and schedules are subject to change. For the current yen exchange rate, click here.

Kyoto features a rectangular street system. Unlike the streets in other Japanese cities, most of central Kyoto's streets are named. The main streets running from east to west are numbered in ascending order from north to south, and are about 500 meters apart from each other, with several smaller streets in between. For example, Shijo means "4th Avenue" and Nijo means "2nd Avenue".

Kyoto's city center with the highest concentration of dining, shopping and entertainment opportunities, is located around the junction of Shijo-dori (4th Avenue) and Kawaramachi-dori (Kawaramachi Street). JR Kyoto Station is located south of the city center at the height of Hachijo-dori (8th Avenue).

The most prominent north-south street is Karasuma-dori (Karasuma Street), which runs from Kyoto Station via the city center to Kyoto Imperial Palace. Another north-south axis is Kamo River, about one kilometer east of Karasuma-dori.

Kyoto has a rather inadequately developed public transportation system for a city of its size, consisting of two subway lines, a dense bus network and several railway companies, whose lines are not always conveniently connected with each other. Taxis and bicycles can be worthwhile alternatives.

The recommended way to get around Kyoto by public transportation is to use an IC card, such as Icoca, which is accepted on virtually all trains and buses in the city. Alternatively, travelers intending to use buses or subways extensively, should consider one of the 1-day passes available. See the ticket section below for more details.

Below is a simplified map of the railway and subway lines of Kyoto:

Few of Kyoto's tourist attractions are located close to subway or train stations. Instead, Kyoto has a dense bus network with direct bus lines from Kyoto Station and/or the city center around Shijo-dori (4th Avenue) and Kawaramachi-dori (Kawaramachi Street) to most major sights.

Kyoto is served by multiple bus companies. For central Kyoto, the green Kyoto City Bus buses are most numerous and useful. The red buses by Kyoto Bus are second most prominent and tend to be convenient to access sights in more outlying areas of the city.

The tourist offices provide a useful English network map for the Kyoto City Buses, which makes it quite easy for foreign visitors to access tourist attractions by bus. Despite the good map and English displays and announcements, however, getting off at the correct bus stop can still be stressful, especially in crowded buses.

Since buses are small and operate surprisingly infrequently even on some major routes, buses to major tourist sights can often get crowded, especially on weekends and during holidays. In addition, much time can be lost when buses get stuck or only proceed slowly in the busy street traffic. Consequently, it is recommended to use subways and trains as much as possible, and use buses only for medium and short distances, for example, from the closest subway station to the destination.

Most buses are entered through the back door and left through the front door. The fare has to be paid when leaving the bus. Inside much of central Kyoto, there is a flat rate of 230 yen per ride. Outside the flat fare zone, the fare increases with the distance. Click here for more information on riding buses.

All JR lines including the Tokaido Shinkansen pass through or commence at JR Kyoto Station. JR trains are a good option for accessing the Arashiyama area (Sagano Line) and some attractions in southern Kyoto along the JR Nara Line, e.g. Fushimi Inari Shrine and Byodoin in Uji.

The Sky Hop Bus is an expensive but convenient way to visit Kyoto's most famous sightseeing spots. Double-decker buses with an open-air second floor run counterclockwise every 30 minutes from Kyoto Station in a large circle around the city, stopping near major tourist sites along the way, including Kiyomizudera, Heian Shrine, the Imperial Palace, Kinkakuji and Nijo Castle. A 24-hour pass costs 3600 yen while a 48-hour pass costs 6100 yen.

Kyoto is probably the Japanese city with the highest concentration of taxis. Especially in the city center, taxis are found everywhere. Taxis can not only be a more comfortable, but also an economical alternative to buses on short to medium distances for groups of three or more people.

Most taxis accommodate up to four passengers (not including the driver), while larger vehicles are able to accommodate an additional fifth passenger. The rate starts around 650 yen for the first two kilometers and increases by 80 yen for every additional 300-400 meters traveled.

Kyoto City's simple layout and flat terrain make it easy and convenient to explore by bicycle. Numerous bicycle rental outlets can be found around the city, especially around major stations, such as Kyoto Station, or in popular biking areas like Arashiyama. Typical rental prices are around 1000-1500 yen per day for basic bicycles and around 1700-2000 yen for electric assist bicycles. Some hotels and hostels may also provide their guests with bicycles for a small fee or for free.

Kyoto is generally a bicycle friendly city with relatively easily navigable roads and a handful of cycling routes, most notably along Kamo River. Designated bicycle parking is often freely available around popular sightseeing spots. The situation is a little bit more challenging in the city center due to congested roads, crowded sidewalks and a lack of designated parking areas. Also, distances to some of the more outlying sightseeing spots should not be underestimated. For example, it is about eight kilometers (typically a 45-75 minute ride) from Kyoto Station to Kinkakuji or about ten kilometers to Arashiyama.

See also our separate page about the various passes available for the Kansai Region.

The prepaid IC card available in Kyoto is called Icoca. It does not give you any discounts over regular tickets, but it makes the process of taking trains and buses easier, as you do not always need to buy a ticket for each ride. Icoca cards can be purchased through ticket machines at JR stations. Local non-JR railway companies offer their own IC card called Pitapa; however, Pitapa is a postpaid card that works more like a credit card and is targeted at residents rather than tourists.

Furthermore, the following one day passes are available for Kyoto:

Official website of the operator of subways and city buses.

Official website of the operator of airport buses to Kansai Airport.

Official website of the operator of airport buses to Itami Airport.

Official website of the operator of subways and city buses.

Kyoto FooDrink Tour @ Nishiki / Arashiyama / Pontocho Walk around town, enjoy a variety of foods, and experience the lives of locals through their culture and history. High rating on TripAdvisor (over 99% excellent out of 212 reviews.)

( Kyoto Private Tours ) - Hire a local guide! Plan a Trip to Kyoto with a Local Tour Guide, Save your time!, Request your Kyoto Itinerary or book our guides recommended tours. 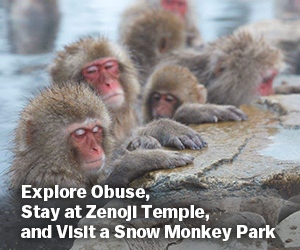