The Fushimi Sake District (ĢÜī®) is a charming, traditional sake brewing district along the willow-lined Horikawa River in southern Kyoto. Revered for the clean, soft water that flows in abundance from the river's underground springs, the district is home to nearly 40 sake breweries. Alongside Kobe's Nada District, Fushimi has been a leading sake brewing district in the country.

Among the local breweries is industry giant Gekkeikan which was founded here in 1637. Many of the district's buildings preserved their traditional appearance with wood and white-plaster walls. A few of the breweries in the area are open to the public and offer shops where you can taste and purchase their products (including some exclusive items not available elsewhere), restaurants and museums.

Fushimi grew during the Azuchi-Momoyama Period at the base of Fushimi Castle (on Momoyama Hill after which the period of history was named), the retirement palace of Toyotomi Hideyoshi, the contemporary ruler of Japan. It flourished as a sake production site thanks to its strategic shipping location at the junction of two rivers, the availability of good water and the high demand for alcoholic beverages by the inhabitants of the castle and its town.

A few hundred years later, in the waning years of the Edo Period, Fushimi became a venue for the preparations and a battle leading to the Meiji Restoration. Sakamoto Ryoma, one of the most famous proponents of the restoration, frequented the local Teradaya Inn where he barely survived an attack on his life on one occasion. The inn was rebuilt since. It stands near the sake breweries and is open to tourists for daytime viewing and overnight stays.

At Fushimi's prime as a shipping port, flat-bottom, wooden boats plied the rivers, moving goods to and from the castle town. Wooden boats can still be seen on the river, although these days they carry sightseeing cruise passengers rather than mercantile goods. Cruises depart from docks near the Gekkeikan Brewery and the Teradaya Inn. The cruises both go as far as the junction with the Uji River and take about 55 and 40 minutes respectively.

Hours: 9:30 to 16:30 (entry until 16:15)
Closed: New Year and Obon holidays
Admission: 400 yen
Gekkeikan is a leading sake brewer and one of the oldest family-owned companies in the world, established in Fushimi in the early 1600s. The well-done museum displays the tools and procedures of sake production with good English explanations. A tasting is included at the end of the self-guided tour.

Hours: 10:00 to 16:00
Closed: New Year holidays
Admission: Free
Kizakura is another large brewery in the area that is worth a visit. Their facility is called Kizakura Kappa Country and includes a small museum about sake production, a restaurant-bar, a shop and a small art gallery and museum about the kappa, a mystical water creature that resembles a humanoid turtle.

Hours: 10:30 to 17:00 (until 18:00 weekends and holidays)
Closed: Mondays (except on national holidays)
The Fushimi Yumehyakushu serves as the local visitor center with information about the district's sake breweries, shops and restaurants. It also houses a well-stocked shop selling local products and a quaint cafe where visitors can select from several sake sample sets, sweets, coffee and tea.

Hours: 10:00 to 16:00 (entry until 15:40)
Closed: some Mondays, January 1-3
Admission: 400 yen (6500-7000 for an overnight stay)
The Teradaya Inn is the ryokan where Sakamoto Ryoma was attacked by Shogunate forces in the run-up to the Meiji Restoration. The current building is a reconstruction as the original was destroyed in a local battle. Visitors can explore the inn during the day or spend the night is one of the rooms like Ryoma did. 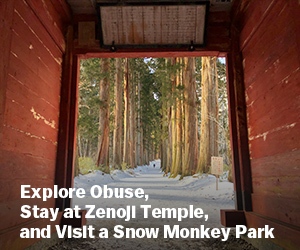